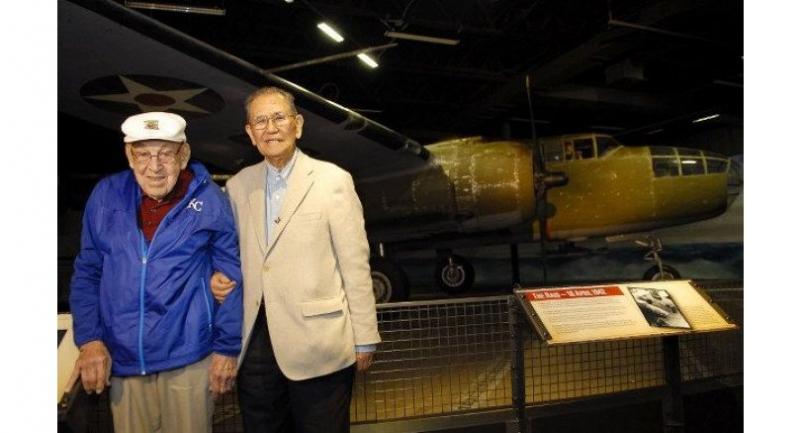 Veteran Japanese journalist and former Kyodo News Bangkok Bureau Chief, Fumio Matsuo, died in New York on February 26 while performing his duty at the age of 85.

Matsuo is one of Japan's well known and most distinguished international journalists. He joined Kyodo News in 1956 and was assigned to the United States to cover the Vietnam War from 1964 to 1969.
From 1972 to 1975 Matsuo was posted in Bangkok as Kyodo News Bureau Chief. It was during this period when I was working as a cub reporter with the Nation that I first met Matsuo during the height of the students' movement which led to the October 14 student uprising that ended decades of military dictatorship.
Friends of Mr.Matsuo during his stint in Bangkok will remember him as a jovial personality with a keen observing eyes on Thai politics and had conducted lengthy interviews with Seksan Prasertkul, one of the main forces behind the student movement. He also loved to host parties with Japanese food at his office on the second floor of the U Chuliang Building.
From 1981 to1984, Matsuo served as Kyodo Bureau Chief for Washington and established himself as a specialist on American politics.
Even as far back in 1971, he predicted in one of his articles, the U.S.China reconciliation entitled"Nixon's America: Its Skillful Approach to China.",drawing attention from media and diplomatic circles.
Matsuo was an executive on the business side of Kyodo during late '80s and 90s, and returned to active journalism in 2002, at the age of 70, with a passion for U.S.affairs.His email was "matsuoamerica".

Matsuo's last visit to Thailand was in 2009 when I helped him promoting his book"Democracy with a Gun" at the Foreign Correspondents Club of Thailand. Former colleagues and friends turned up in full force for the happy reunion. Matsuo was also very happy to go back to his favourite restaurant the "Boxing Stadium Grilled Chicken" on Rajdamnern Avenue.
Later that year, Matsuo received Japan Press Club Award for his contribution through his idea of "mutual dedication diplomacy", which was expressed in his book, "The Day When President Obama Donate Flowers to Hiroshima".

A truly dedicated journalist even at his age, Matsuo still travelled to the United States and throughout Asia to work on his numerous projects.
He died of natural cause in a hotel room in Syracuse, New York, where he was visiting to conduct interviews for his papers focusing on Japan's relations with Korea and Asia.

He is survived by three daughters.