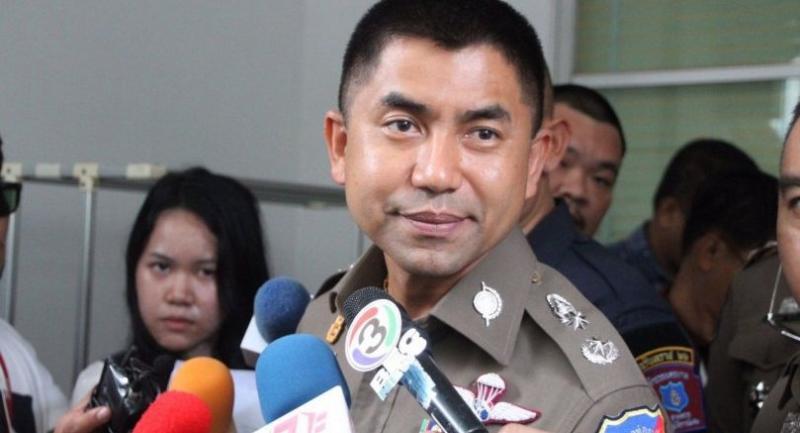 In his first public appearance following the transfer order from the national police chief, Surachate reported to work at the Royal Thai Police headquarters late yesterday morning sporting a big smile.
He also answered a phone call from a journalist who wanted to know about the transfer. “It’s inappropriate for me to talk about it. Let the boss provide the explanation. I don’t feel it’s right for me to talk,” the headline-making police officer said. When asked if he was all right, the officer said there was no problem at all.
On Friday, national police chief Pol General Chakthip Chaijinda issued an order transferring Surachate out of the Immigration Bureau to an inactive position at the police operation centre, and there has been much speculation about the possible reasons.

Not accessible online
At the same time, social media accounts under Surachate’s name, including Facebook and Instagram, could not be accessed. His Facebook account has more than 200,000 followers.
Surachate, also known as “Big Joke”, was considered a rising star in the police force, attaining the general’s rank in his mid-40s, which is considered quite early. He had the opportunity to serve with some top police officers in the past and is believed to be close to Deputy Prime Minister General Prawit Wongsuwan, who oversees the police force.
According to a source, the national police chief had assigned one of his deputies to investigate Surachate over six counts of wrongdoing, but this report could not be independently confirmed.
Meanwhile, deputy national police chief Pol General Srivara Ransibhramanakul yesterday denied media reports that he had been tasked with investigating Surachate’s alleged six counts of wrongdoing.
“This report is untrue,” he said.