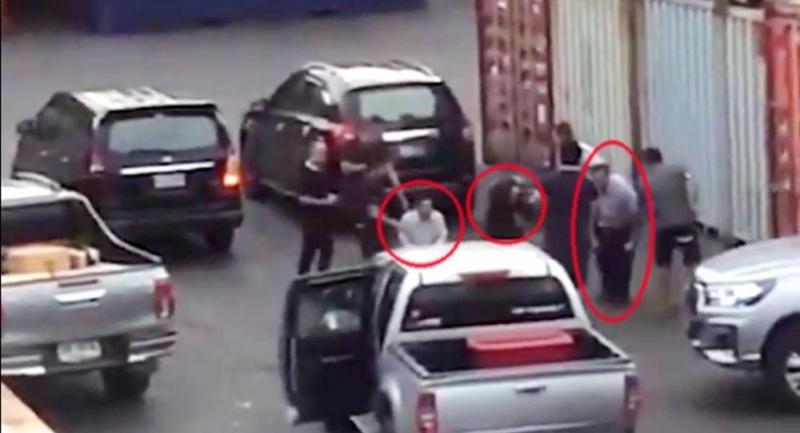 THE SERI RUAM THAI party leader said yesterday that the drug-related arrest of a party-list MP candidate will not affect the party, as it was a personal matter.

Sereepisut Temeyaves, a retired police chief, said it was next to impossible for the party to check each and every candidate’s background, adding that it was up to the police now to take legal action against the suspect.
Subhan Mahachananon, 35, the No 50 party-list MP candidate, was arrested along with two Chinese suspects and a Thai national at a container storage lot in Chon Buri province. The party won enough votes to appoint 10 party-list MPs in the March 24 general election.
The Chinese suspects were identified as Filuang Gloxion, 25, and Zhou Qiangch, 84, while the Thai was Joi Yaekaeng, 55.
Police found a tonne of crystal methamphetamine or “ice”, worth about Bt2 billion, hidden in 632 boxes of shoes in the container that was destined for the Philippines.
The four were charged with possession of narcotics with intent to sell, though Subhan denied the charges.
The raid was conducted after police received a tip-off about drugs being smuggled in containers heading overseas.
Police said they surprised three of the suspects, who were at the container depot at the time, and later extended the investigation to arrest the 84-year-old Chinese national.

Haul of drugs set ablaze
The Food and Drug Administration (FDA) incinerated 16.467 tonnes of narcotics in Ayutthaya yesterday to mark the International Day against Drug Abuse and Illicit Trafficking.

The ceremony, chaired by FDA secretary-general Dr Tharet Krutnairawiwong, was held at the Utilities and Environment Management Office of the Bang Pa-in Industrial Estate. Also present were foreign diplomats, government representatives and associated private agencies, including the police.
The FDA chief said the destroyed drugs had come from 6,910 separate cases over the year and were worth about Bt20 billion on the street.
The haul comprised 12.37 tonnes of meth or about 137 million meth pills, 3.4 tonnes of crystal meth, 143kg of ecstasy pills, 44kg of cocaine, 258kg of opium and 193kg of miscellaneous drugs.
He said 16.5 tonnes of hemp seeds were also destroyed.
The drugs were incinerated using pyrolytic methods in temperatures of 800 degrees Celsius, and the FDA chief said another round of disposal will be held on July 5.
Since 1997, the FDA has incinerated seized drugs on 49 separate occasions, burning 145.243 tonnes of drugs so far, worth Bt217.39 billion.
Up to 90.5 tonnes of methamphetamine has been incinerated so far, followed by 29.258 tonnes of opium, 25.27 tonnes of heroin and 193kg of ecstasy.
The FDA chief said the Public Health Ministry plans to provide rehabilitation for drug addicts after their arrest.
This year, rehabilitation will be provided to 219,275 addicts – 136,725 of whom have volunteered, 56,550 will be doing so under orders, while 26,000 will be undergoing rehabilitation as their sentence.
From October 1, 2018 to June 18 this year, the Public Health Ministry has reportedly rehabilitated 133,962 drug addicts or 61.09 per cent of all addicts arrested.