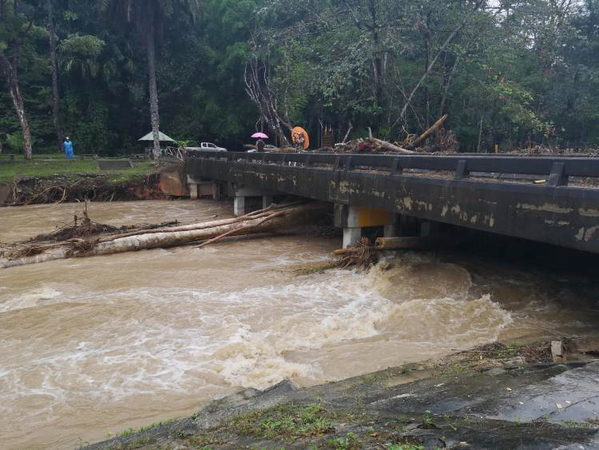 Residents of two districts in Trang province have called for the construction of a bridge that would greatly shorten the distance between them while also promoting tourism in the southern province.

The call was launched during a one-hour meeting held Wednesday at the Tambon South Kantang Administrative Organisation in Kantang district, which was attended by representatives from Kantang and Haad Samran districts.
Niphon Sirithorn, Phalang Pracharat Party MP for Trang’s Constituency 1, Sirapop Losathapornpipit, assistant to Democrat MP for Trang’s Constituency 3, Kitti Kantangkul, mayor of South Kantang TAO and Charin Na-Phatthalung, mayor of Haad Samran TAO, jointly chaired the meeting.
The meeting was told that local people opposed the construction of a bridge proposed by the Rural Road Department in 2004 because the project would have affected the habitat of sea oysters, which local villagers harvest for a living.
Now villagers and local authorities have surveyed the area and identified the best route for a bridge along the coast and across the Palian River. The bridge would be just 2.5 kilometres long and the construction has the support of local residents.
The new route would link Ban Wat Pakpron village in Tambon Haad Samran of Haad Samran district with Moo 5 village in Tambon South Kantang of Kantang district.
The meeting resolved to ask the Rural Road Department to revive the project and seek approval from the Cabinet for a construction budget of more than Bt1 billion.
The meeting was told that the project would shorten the travel distance between the two tambon from 62 kilometres to just three kilometres and thus the new route would facilitate the transport of seafood and LAO promote tourism.
The Phalang Pracharat MP and the assistant to the Democrat MP promised during the meeting that they would help push the project with the government.