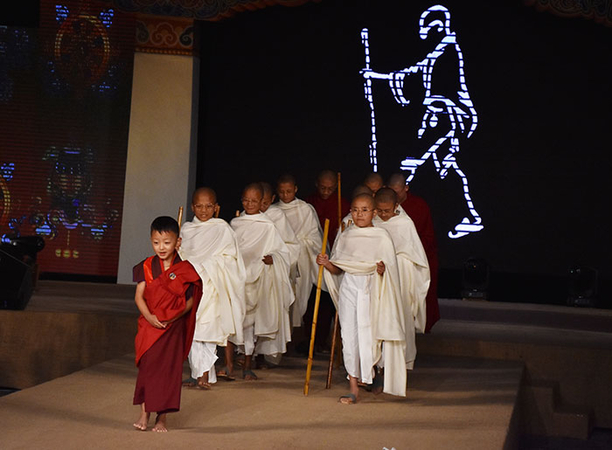 Although a recent phenomenon, the fashion industry in Bhutan has evolved manifolds.

The growth among the Bhutanese designers was evident during the recent textile presentation, Khadi-Thagzo at the Royal Textile Academy (RTA) in Thimphu.

The exhibition displayed modern outfits using traditional and natural materials including the designs.

One of the designers, Kencho Wangmo, from Kencho Couture, Thimphu, presented her collection – Being Gandhi, which mostly revolved around the simplicity of Gandhi’s life. “The design is minimal and austere using Khadi as the base fabric together with the indigenously woven fabric dyed with natural dyes from eastern Bhutan.”

She said that the collection reflects the simplicity and compassionate nature of Gandhi. “Therefore, the design and the silhouette are kept simple, elegant and clean which reflect the nature and essence of Gandhi.”

Along with Kencho Wangmo, Chandrika Tamang, Tshering Choden and Sangay Choden also exhibited their designs at the event.

The textile presentation was held to commemorate the 150th birth anniversary of Mahatma Gandhi and to encourage traditional textile and weaving.

Ambassador of India to Bhutan, Ruchira Kamboj said that Khadi, a signature fabric of India stands as a mark of respect for Gandhi who started the nationalist movement by promoting homespun cloth in reaction to the foreign-imposed fabric, which led to the independence of India.

Chairman of the Khadi Village of Industries Commission, India, Vinai Kumar Saxena, said that Khadi to them meant honesty, purity and sincerity.

The event was also conducted to strengthen the relationship between Bhutan and India and to foster collaboration between the two countries in the field of traditional textile and fashion.

As a part of the event, Benarsi Satvik Bhojan, a pure Indian vegetarian cuisine was also served.