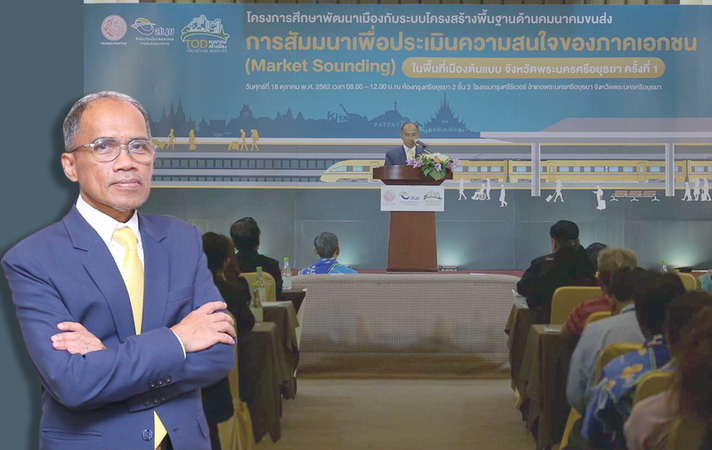 Roengsak reminded participants that Ayutthaya was among the provinces selected as a model for development, thanks to its Gross Regional and Provincial Product (GPP), earning average per year, and quality of population structure, which is an important force for economic development.
“In 2017, the GPP of Ayutthaya was Bt4.03 million, the fifth highest in Thailand, while the average annual salary was Bt465,927,” said the director. “The quality of population structure is good. Data from 2018 show around 800,000 citizens and a growth rate per year of 0.6 per cent over the past 10 years.”
Roengsak added that other factors support the province’s economic growth. “As a tourist destination, Ayutthaya has grown in popularity since being recognized as World Heritage Site by Unesco in 1991. Total tourists in 2017 topped 7.6 million and a growth rate of 5.2 per cent per year has been recorded over the last five years.”
This province is also home to five industrial zones and is a hub for transport via land, rail and water, as well as being the connection point between the northern and northeastern railway lines.
The OTP’s study on the possibilities of property development divided the area around Ayutthaya’s train station into four zones covering around 206 rai with a focucs on supporting trading business, investment and economic stimulation. “We plan to improve quality of people’s life through development that preserves the beautiful scene of the province” the director added.
“Located near the train station, the first zone is suitable to develop as a mixed-use complex” Roengsak explained. “This new commercial district will create jobs and promote business activities to attract further investments and strengthen the regional economy in Ayutthaya. It is also the only retail centre in the province.”