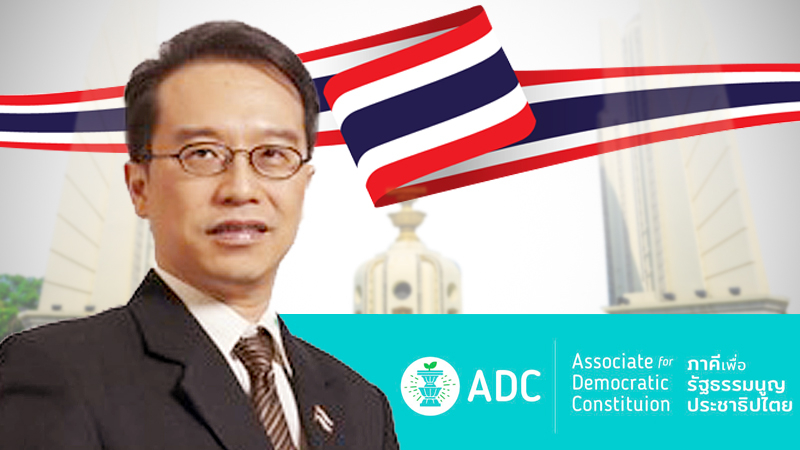 Public group to study impact of junta's actions after 2014 coup

A committee of people from different walks of life plans to study the impact of the National Council for Peace and Order (NCPO)’s actions, and its use of power under Article 44 of the 2014 post-coup interim constitution.

Associate for Democratic Constitution (ADC) is forming a committee, its chairman of the executive committee, Anusorn Tamajai, said on Thursday (December 12).
“Also, the committee will study the impact and suitability of laws issued by the National Legislative Assembly,” he added.
The committee will consist of academics, public servants, entrepreneurs and people who were affected by the use of Article 44, and also politicians of government and the opposition, human rights activists, and representatives of democratic organisations.
This committee will work with relevant committees of Parliament to help those who were affected by the article in several aspects, namely, unfair prosecution, economy, environment and community, violation of human rights and dignity, and political management.
“The last aspect covers unfair transfers and deposition of government officers,” Anusorn added.
Moreover, ADC wants the committee to study constitutional amendments, to clarify its time frame in studying an amendment, and has asked the government to depute six personnel with a positive attitude towards constitutional amendments to be the commission’s members.
“If the deputed personnel are not open-minded and oppose amendments to the Constitution from the beginning, the committee will be just a mechanism to extend a period of semi-democracy in Thailand,” he added.
In addition, ADC said that, “If the case of the Future Forward Party is not supported by logical reason, it will lead to a disbelief in democracy in Thailand under the 2017 Constitution, which is a risk factor for the economy and investments next year.”