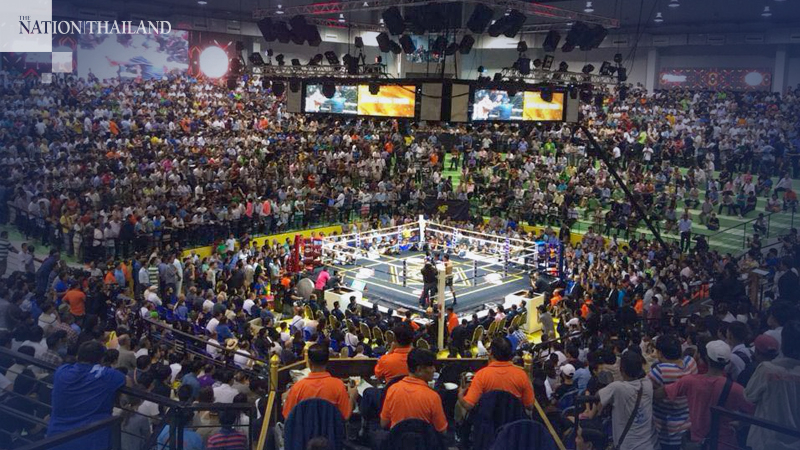 37 so far infected with Covid-19 after boxing stadium visit

Thirty-seven people have contracted Covid-19 after visiting Rajadamnern Boxing Stadium in Bangkok, according to the Public Health Ministry today (March 17).

One of the first to be infected is Thai-Australian actor Matthew “Deane” Chanthavanij, who revealed the news on March 13 via Instragram. His wife Sarunrat Visutthithada said on Instagram on March 16 that she was infected from her husband.
“I came to Chulalongkorn Hospital for a check since I met the brave Matthew Deane,” Arak Amornsupasiri, a musician, said on social media. “On March 16, the test showed I am not in the risk group.”
Following Matthew’s announcement, numerous people who visited the boxing stadium went to hospital for a test.
The stadium has been closed from March 15 to 28 to monitor the situation and undertake a clean-up operation.
Among the infected is Phinit Pholkhan, Matthew’s co-host at the stadium, and Kitti Paopiamsap, chairman of the Chachoengsao Provincial Administration Organisation (PAO). The latter found on March 15 that he had contracted the virus after visiting the stadium on March 6 and meeting Matthew. He also attended events including weddings, ordinations, fairs, funerals and meetings during the period of March 6 to 15.
Kitti’s case pushed Chachoengsao Governor Raphee Pongbuppakit to order PAO officers to work online for five days while their office is cleaned.
Meanwhile, chief of the Army’s welfare department Maj-General Rachit Arunrangsri is also confirmed to have contracted Covid-19 after he visited the boxing stadium.
Popular boxing fan Sakol Laksim revealed on March 13 through his Facebook page that he too had contracted the virus.
“Don’t ask me whether I am infected or not. I am infected. Those who have fever need to be checked, while those who visited the stadium are at high risk,” he warned.