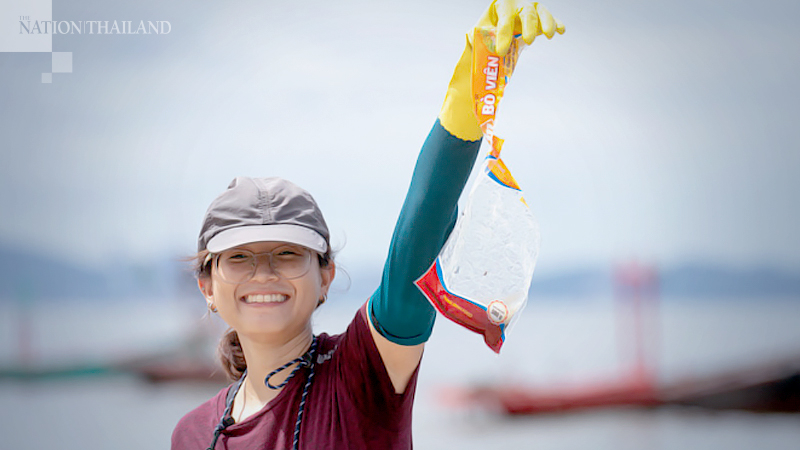 Five brands responsible for most of Thailand’s plastic pollution: Greenpeace

Greenpeace Thailand also revealed the results of its 2020 plastic waste audit on Thursday.

The brand audit is part of the “Break Free From Plastic” campaign launched in 55 countries around the world. Globally, the three most common brands of plastic waste are Coca-Cola, PepsiCo and Nestlé.
Greenpeace says manufacturers must reduce the plastic packaging they use, since recycling is not doing enough to reduce the mountain of daily plastic waste.
One way to make manufacturers responsible for the waste is the Extended Producer Responsibility (EPR) law.
The EPR law has been adopted on a voluntary basis across the world as a guideline for manufacturers to take environmental impacts into consideration, from design, and distribution, to return, collection, reuse, and treatment of their products.
However, in Thailand the government is not taking EPR law seriously, said Penchom Saetang, executive director of the Ecological Alert and Recovery – Thailand (Earth) NGO. Pushing this law will encourage manufacturers to change packaging practices and reduce the use of plastic, he said.
Meanwhile waste from Thailand’s food delivery services has increased 15 per cent from 5,500 tonnes to 6,300 tonnes per day in the “new normal” era, with up to a 12 times increase in online orders, according to Greenpeace Thailand.
Only about 25 per cent of the waste is recycled, while the rest adds to the country’s growing plastic pollution problem, says the NGO. It also warns that using plastic once and then throwing it away is becoming a new-normal way of life for Thai people.