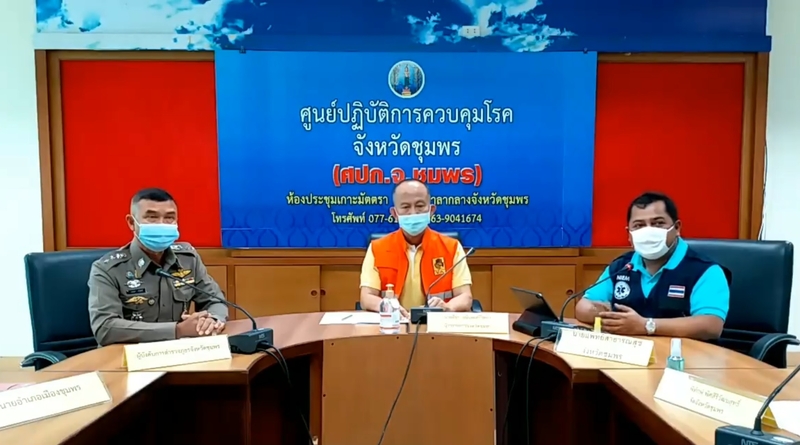 The governor of Chumphon province, Theera Anantaseriwittha, has assured that no rules were violated after a photo of a group of people gathering in a cockfighting ring in the province went viral on the internet.

Netizens widely criticised the violation of social distancing norms and warned it could be a new hotspot for Covid-19.

Speaking at a press conference on Friday to clarify the photo, the governor said: “The cockfighting ring is located in Hadphankrai subdistrict in Chumphon’s Muang district, with Suwapha Suksin listed as the permit holder,” he said. “The photo was taken on December 30, 2020, when the province had allowed the organisation of cockfighting during the New Year festival.”

According to the governor, the province had given permission on December 1, before the new wave of outbreak had been discovered in Samut Sakhon and other provinces.

“The ring was allowed to open as it already followed measures set out by the Ministry of Public Health at that time, including having thermo-scanning checkpoints, handwashing stations and proper ventilation in the ring,” he said.

The governor added that he had received the order from the Ministry of Interior to shut down rings for cockfighting, bullfighting, fish fighting, boxing rings, horse racing and Phong Thai card games on December 30, and had announced the order on that day.

“From December 31, there has been no organisation of animal fighting by any permit holder in the province,” he assured.

Theera added that he had ordered local police officials to patrol every area of the province for any unauthorised organisation of animal fighting and gambling.