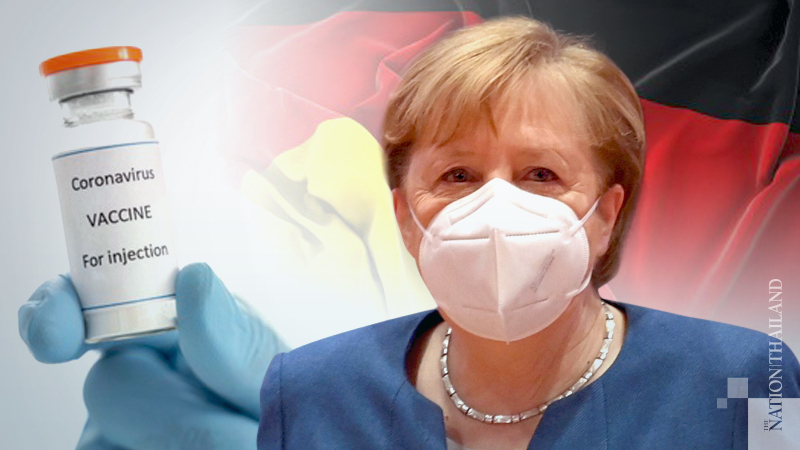 Chancellor Angela Merkel promised all Germans a first shot of Covid-19 vaccine by the end of September, as long as drugmakers stick to their delivery commitments.

"There will be no shortage of money or commitment" to meet the target, she said, adding that current production plans don't allow for a more aggressive rollout.

Health Minister Jens Spahn warned of "tough weeks of shortage in this first quarter and into April" and said that throwing cash at the problem would not make much of a difference at this stage of the program.

"Money, which we would make available very rapidly, is not the limiting factor," Spahn said in an interview with ARD television after the talks. "There will be an appreciable increase in the amount of vaccine only in the second quarter."

Merkel has come under fire after pushing for the European Union to take the lead on vaccine purchasing, prompting criticism that delegating responsibility to Brussels slowed down national inoculation programs.

Germany has vaccinated about 3 out of every 100 people, compared with 10 in the U.S. and almost 15 in the U.K., according to data compiled by Bloomberg. While Britain and America began immunizing several weeks earlier thanks to quicker approval, Germany's rollout has been hampered by supply issues.

Some relief is on the way. Bayer AG agreed on Monday to produce CureVac NV's experimental shots. While the move won't have an immediate effect, it's at least some good news after a week of chaos surrounding Europe's program.

Bayer's production effort extends its current pact with CureVac -- a German startup that got investment from Merkel's government last year -- on regulatory clearance and global distribution. Delivery will start at the end of the year.

The effort follows commitments from fellow European pharma giants Sanofi and Novartis AG to put their manufacturing capacities behind scaling up Pfizer Inc. and BioNTech SE's Covid-19 injection, as authorities push for more capacity to ease the crisis.

"Maybe other countries and regions get vaccinated more quickly, but that doesn't help us," said Bavarian Premier Markus Soeder, a leading contender to succeed Merkel after September elections, adding that the next six months will be a "stress test" for the German people.

While the country's contagion rate has been declining, it is still nearly double the level that the government has said would allow it to ease curbs. The measures, which have been gradually tightened since early November, include closing schools, non-essential stores and limiting movement in hard-hit areas until at least mid-February.

The video call in Berlin was held amid growing pressure on Merkel over the stumbling vaccine rollout.

The Social Democrats, her junior coalition partner, suggested that the government may need to take stronger action to ensure there are enough supplies, a step Spahn dismissed, saying companies are already cooperating.

If the government can't ensure adequate vaccine supply, then an alternative strategy must be found, Carsten Schneider, a deputy head of the SPD caucus in parliament, said Monday on Twitter. "This includes the use of all available production capacity and patents," he said. Authorities have all but ruled out forced licensing.

Tensions flared after AstraZeneca Plc announced on Jan. 22 that problems at a plant in Belgium meant deliveries this quarter would be significantly curtailed.

The episode deteriorated into a bruising blame game that pitted the 27-nation EU against the pharmaceutical industry, and triggered fears about a wave of vaccine nationalism that could hinder efforts to fight the pandemic and delay economic recoveries.

Merkel showed understanding for drugmakers, saying that a shortage of materials such as lipid nanoparticles is holding back production. Meanwhile, new variants add urgency to the rampup.

"If we have a mutation that the vaccine doesn't work against, we will have to start all over again," she said.