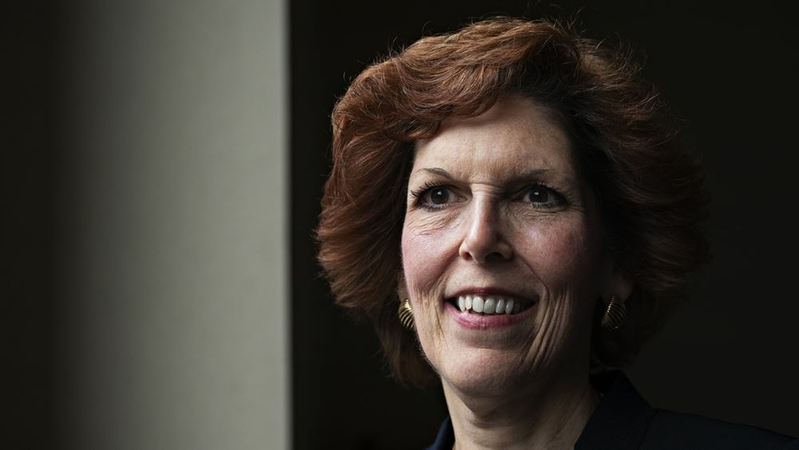 Federal Reserve officials played down the economic impact of recent stock-market volatility in the latest sign the U.S. central bank is not close to scaling back its massive bond purchases.

"We should be monitoring to make sure that volatility doesn't spill over into other parts of the financial market but at this point this is not one of those kinds of situations," Cleveland Fed President Loretta Mester told CNBC in an interview Thursday when asked about wild swings in the price of GameStop Corp.

The remarks follow others from U.S. central bankers playing down the economic implications of the frenzy in the stock of the video-game retailer and other firms that's pitted retail investors against Wall Street professionals -- prompting Treasury Secretary Janet Yellen to summon top regulators to review recent events.

The Fed left interest rates unchanged near zero last week and repeated its pledge to keep buying bonds at a $120 billion monthly pace until it's made "substantial further progress" toward its goals. Chair Jerome Powell said it's premature to discuss tapering asset purchases with the labor market far from full employment and the economy moderating.

"We are still in the middle of a crisis, so it's too early to initiate that discussion," St. Louis Fed President James Bullard told reporters Wednesday. He said he would "look for leadership from the chair as to when we would want to initiate a discussion about that."

Mester, who also spoke on Wednesday, and Chicago's Charles Evans additionally indicated that they were comfortable with the current setting of monetary policy.

Mester said it was in a "good spot." Evans saw the Fed "staying the course for a while" and dismissed market swings, telling reporters "at the moment, I don't see that as a link to macroeconomic borrowing costs for businesses or households."

Some critics claim the Fed's ultra-easy monetary policy has helped buoy financial markets by flooding them with cheap money.

Yellen told ABC television's "Good Morning America" earlier on Thursday that "we really need to make sure that our financial markets are functioning properly, efficiently and that investors are protected." The meeting, being held later in the day, would discuss if recent events "warrant further action," she said.

Bullard said financial-stability concerns have eased since last spring, when the pandemic took hold in the U.S., and the stock market's recovery reflects investors' more positive view of the outlook for companies. Trading of GameStop would be an issue to be considered by securities regulators, not the Fed, and monetary policy would not be affected, he said.

"I'm not really seeing that right now," he told reporters when asked about increased risks. "Fed policy has been appropriate given the crisis that we are in. I think it has helped to stabilize the economy and put the economy on a recovery path since May of 2020, and that recovery looks poised to continue, possibly very strongly."

Employment losses from the pandemic have been concentrated in temporary furloughs, and these workers may be called back faster than those who permanently lost jobs, Bullard said. A recall of those on temporary layoffs would bring the unemployment rate down to as low as 4.8% from it's December reading of 6.7%, he said.

Bullard told reporters the unemployment rate could drop to about 4.5% by the fourth quarter. Evans separately said said it could fall to around 5% -- or maybe a little less -- by year-end.

Data released on Thursday showed applications for U.S. state unemployment benefits fell last week to the lowest level since the end of November, a sign that job cuts are starting to slow as covid-19 infections ebb.