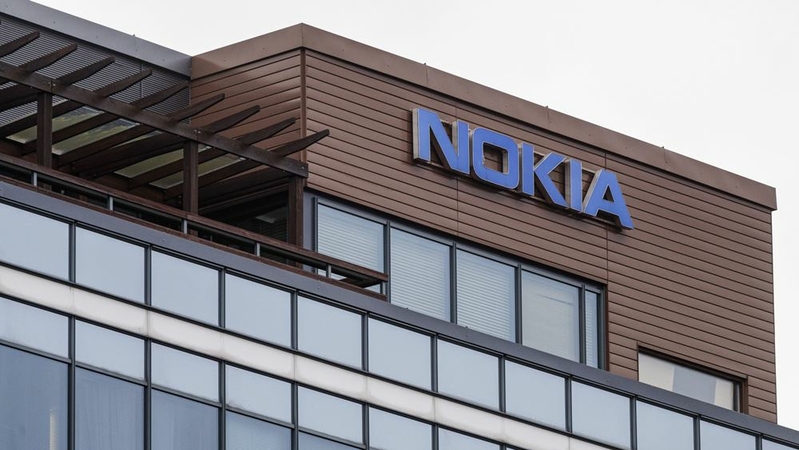 Nokia sees revenue drop in 2021 in fight for market share

Nokia said it expects revenue to continue to drop this year as the telecommunications equipment maker battles share loss and falling prices for its products in some markets.

Sales are expected to be between 20.6 billion euros and 21.8 billion euros ($24.7 billion to $26.2 billion), the company said in a statement on Thursday. Analysts had predicted about 21.5 billion euros for 2021, according to the average in a Bloomberg survey.

Adjusted operating profit in the fourth quarter fell to 1.1 billion euros, better than the average analyst estimate of 955.3 million euros.

"We expect 2021 to be challenging, a year of transition, with meaningful headwinds due to market share loss and price erosion in North America," Chief Executive Officer Pekka Lundmark said in the statement.

Lundmark said in an interview on Thursday that the mobile networks business will have "a reset" this year because of lower market share in North America, but said he still sees 5G competitiveness improving. In Europe, the company has won contracts from wide-scale bans of Huawei Technologies Co. equipment.

Lundmark is working on a larger transformation and has vowed to do "whatever it takes" to stop losing market share. That includes investing more in research and development.

The company's board won't propose a dividend for 2020 as it focuses on investing in 5G and other strategic areas.

Nokia will also look for ways to cut costs as it simplifies its operations, though Lundmark declined to elaborate.

Net sales in the fourth quarter fell 5% to 6.57 billion euros. That compares with the average analyst estimate of 6.51 billion euros.

Nokia also retained its guidance for an adjusted operating margin in the range of 7% to 10%.

Shares fell 0.8% to 3.76 euros at 9:47 a.m. in Helsinki. Nokia trades at about 18 times its estimated earnings per share for the coming year. The shares are up about 19% this year, compared with a 6.4% gain for the Stoxx Europe 600 Telecommunications index.

Nokia's stock was entangled last week in bouts of speculative trading after being touted on a Reddit forum, sending the shares up about 17% and prompting the company to issue a statement saying it wasn't aware of any developments that could have a bearing on its stock. The price of its American depositary receipts doubled at one point mid-week.