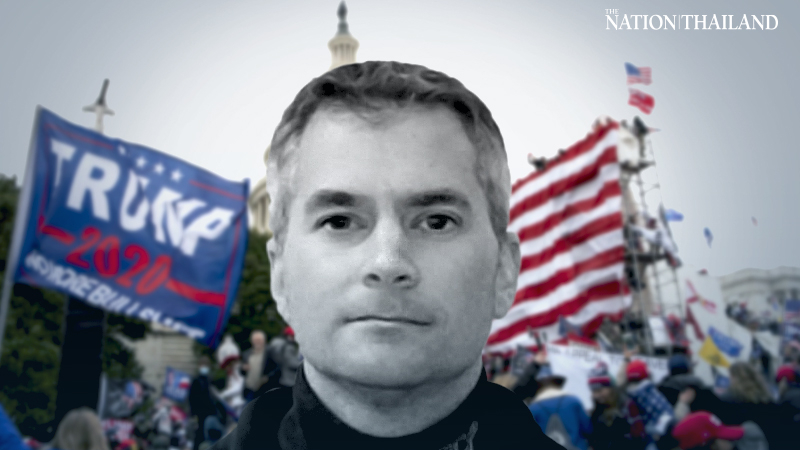 WASHINGTON - Investigators have uncovered video appearing to show someone spraying a chemical irritant at Capitol Police Officer Brian Sicknick and other law enforcement personnel fending off rioters in last month's attack, though they have yet to identify the person or tie the activity directly to Sicknick's death, according to people familiar with the matter.

Sicknick's death has long vexed investigators exploring the Jan. 6 riot, as they have struggled to figure out how precisely he died and whether someone could be held criminally accountable in connection with the death.

Investigators determined Sicknick did not die of blunt force trauma, people familiar with the matter said, speaking on the condition of anonymity to discuss an ongoing investigation. U.S. Capitol Police in a statement Jan. 8 said that Sicknick died "due to injuries sustained while on duty." No autopsy or toxicology report has been made public, unusual seven weeks after a death.

Capitol Police said in a statement Friday the medical examiner's report was not yet complete, adding, "We are awaiting toxicology results and continue to work with other government agencies regarding the death investigation."

The video could offer prosecutors a path to charging someone in connection with Sicknick's death - though they still have to identify the assailant, and would then have to establish that the spraying proved fatal. Prosecutors, instead, might consider bringing assault charges.

The FBI captured screenshots of people visible in the video, one person familiar with the matter said, and in the last month released the images publicly hoping to identify them. The bureau did not mention Sicknick or depict the chemical spraying when distributing the images.

Spokespeople for the FBI and the Justice Department declined to comment. The new video was previously reported by CNN. The New York Times reported more of its contents on Friday.

Acting Deputy Attorney General John Carlin said Friday that prosecutors have now charged more than 300 people in connection with the Jan. 6 attack at the Capitol, when a mob supportive of then-President Donald Trump stormed passed barricades and sparred with police inside and outside the building. They have arrested more than 280, Carlin said.

Sicknick, a 42-year-old from South River, N.J., joined the Capitol Police in 2008. He was the sixth Capitol Police officer to die in the line of duty since 1952, and the fourth to be a victim of an attack on the Capitol grounds. Those who knew Sicknick said he was conservative and supported Trump, but his political views did not align neatly with one party.