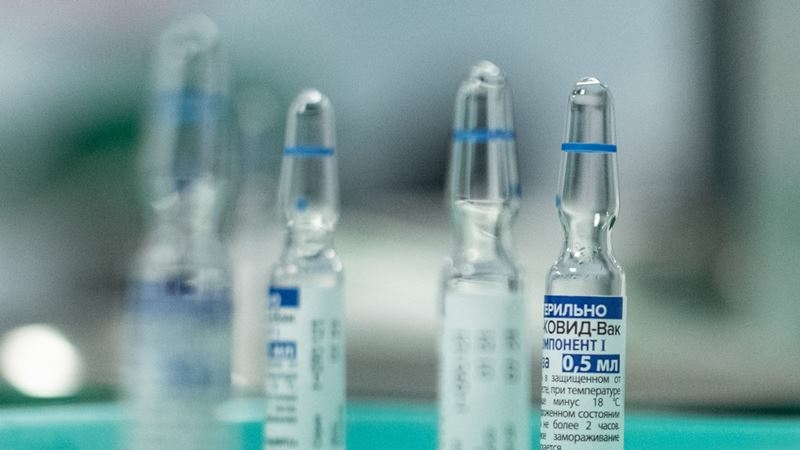 Russia is pushing ahead with plans to make its Covid-19 vaccine in Europe, securing a deal to produce the Sputnik V shot in Italy and discussing production in Germany and France.

Adienne Pharma & Biotech signed an agreement to manufacture the vaccine at its production site in the Milan region, founder and President Antonio Francesco Di Naro told Bloomberg in an interview.

The Lugano, Switzerland-based company's deal with the Russian Direct Investment Fund is the first European production agreement for the vaccine. While Russia was first to approve a shot for the general public and promoted it as a way to help end the pandemic globally, it has been slower than some rivals to scale up output.

Sputnik is more complicated to manufacture than some other vaccines because it's based on two different adenoviruses for its two doses. Developers taking a similar approach, such as the University of Oxford and AstraZeneca, have used only one virus.

The vaccine is under review by authorities in the European Union, which has struggled to ramp up inoculations amid a lack of supply. The sluggish rollout has prodded some countries to consider their own purchasing deals in a challenge to the bloc's solidarity.

"There are many Italian regions which are enthusiastic about having Sputnik, they would also want to produce it," Kirill Dmitriev, CEO of RDIF, a sovereign wealth fund, told Italian Rai3 television on Sunday. "We have a partnership in Germany. We're talking to several French companies."

Sputnik's developers have had contact with German vaccine maker IDT Biologika, according to IDT spokesman Ulrich Gartner, who confirmed a report by German broadcaster MDR. He said that the company cannot comment on the details of ongoing talks with potential customers.

IDT, based in the state of Saxony-Anhalt, signed a letter of intent last month to help Astra boost supply of its vaccine.

Dmitriev, who is in charge of Sputnik's international rollout and backed its development, said in the Italian TV interview that production in the country could start in June. The timing depends on approval from Italian regulators, and Di Naro said he couldn't set production targets as of now.

EU officials are skeptical about the impact of these deals, according to a person with knowledge of their thinking. Supply in Russia is so low that the EU is expecting to donate or sell large quantities of Western vaccines to the Russians in due course to make up the shortfall, said the person, who didn't want to be identified because the discussions are private.

The deal comes as Prime Minister Mario Draghi pledged to speed up Italy's fledgling vaccination campaign amid a new rise in infections from the disease that's led to more than 100,000 fatalities in the country.

Draghi blocked the export of Astra's vaccine earlier this month after the company sharply reduced planned deliveries to the EU. He was the first European leader to use the recently-introduced powers, highlighting the sensitivity in the region over the supply of Covid-19 shots.

European Commission President Ursula von der Leyen on Monday lashed out at manufacturers for failing to uphold their commitments as countries in Europe struggle to step up the pace of inoculations.

Officials are also bracing for delays in the delivery of a new vaccine from Johnson & Johnson, according to two people with knowledge of the process.

The shots, which are due to be approved by the European Medicines Agency this week, were due to start arriving at the beginning of April but now aren't expected until the middle of the month at the earliest, one of the officials said.

The EU has administered 9.35 doses per 100 people, compared with nearly 28 for the U.S. and more than 35 for the U.K., according to Bloomberg's Coronavirus Vaccine Tracker.

The European Medicines Agency said March 4 that it started a rolling review of Sputnik V to test compliance with safety and quality standards, the first major step in gaining approval for use in the European Union. The Russian vaccine started to gain broader international recognition after The Lancet medical journal published peer-reviewed results of interim trials showing 91.6% efficacy.

Despite the progress, it's unclear what role political tension would play in the distribution of the Sputnik vaccine in Europe. Tensions between Russia and the EU have deteriorated further in recent months, especially after the jailing of opposition leader Alexey Navalny.

In a sign of the tensions, the shot's developer took to Twitter to demand an apology from an EMA official over comments that "raise serious questions about possible political interference" in the agency's review.