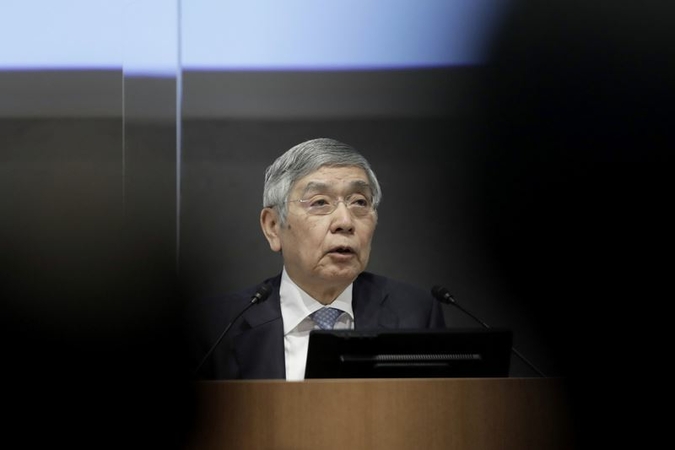 The Bank of Japan ends three months of speculation Friday when it is expected to tweak its bond yield management and asset buys after a policy review that could still have sizable implications for investors given the BOJ's dominant presence in markets.

The central bank is considering widening the movement range around its 10-year bond yield target to 0.25 percentage point from around 0.2, according to a Nikkei newspaper report Thursday that strengthened the yen and pushed up yields.

The BOJ will also scrap its 6 trillion yen annual buying target of exchange-traded funds, the report added. The Nikkei 225 stock index briefly fell by more than 1% following the report.

The report adds to speculation over the likely tweaks the central bank will unveil, though the BOJ is widely expected to keep its main policy rates unchanged at the meeting.

As a way of convincing investors that further rate cuts are still a viable option if needed, Governor Haruhiko Kuroda and his colleagues may also hint at steps that could be taken to lessen the toll its policies are taking on banks.

Since the BOJ announced the review in December, jumps in U.S. Treasury yields that far outrun those in Japan have helped weaken the yen. That's bolstered Kuroda's case that the BOJ's yield-curve control framework is working effectively, and needs only small adjustments so it can be held in place longer to deal with a worsened inflation outlook.

Still, with the BOJ now the biggest single holder of Japanese stocks and bonds, even small changes can have big implications.

"The aim would be to make its yield curve control policy more flexible, and give itself more leeway to reduce asset purchases when market conditions allow," Masujima, economist with Bloomberg Economics, wrote in a report.

For the BOJ, the risk is leaving any impression that it's backpedaling on stimulus, especially after the European Central Bank last week made clear it intends to step up its bond buying, while the Federal Reserve overnight continued to project near-zero rates at least through 2023.

Kuroda is likely to stress his readiness to ease further when he meets reporters in Tokyo, usually at 3:30 p.m., following the BOJ's policy statement expected around noon.

What to look for:

- If the BOJ sets its yield movement band at 0.25% from the current range of around 0.2 percentage point either side of zero, attention will focus on how the band is characterized. After leaving plenty of room for interpretation over the width of the target range, the BOJ could say it had 0.25% in mind all along when it said the range was around 0.2%.

- The BOJ could try to raise the low volatility of Japanese yields also by adjusting its bond operations, its monthly buying plan or even its fixed-rate operations used for suppressing yield jumps.

- To signal that a rate cut is still a real option, the BOJ could offer some kind of analysis that shows the side-effects on banks can be managed.

- Increasing lending incentives or adjusting the structure of the BOJ's reserves so that more of them are exempted from the negative rate or earn interest are measures that could make a rate cut more palatable for commercial lenders.

- Most analysts see the BOJ signaling its intention to buy fewer exchange-traded funds when stock prices are high while remaining aggressive when needed. A key question is how the bank will convey the shift.

- To convey that message, the bank could ditch its 6 trillion yen ($55 billion) annual purchasing target, while keeping the current 12 trillion yen-per-year upper limit on the buys.