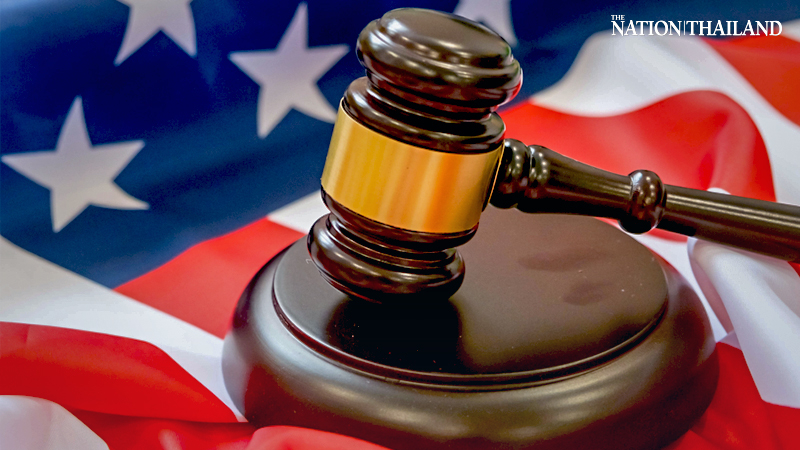 A Minnesota man can't be charged with rape because the woman chose to drink beforehand, court rules

After a 20-year-old woman took five shots of vodka and a prescription pill, she said she was standing outside a Minneapolis bar in May 2017 when a man invited her and a friend to a party. She agreed, but soon found out there was no gathering, she later testified.

She "blacked out" instead, waking up on a couch and found the man she had just met was allegedly sexually assaulting her, according to court records.

Almost four years later, the Minnesota Supreme Court unanimously ruled this week that Francios Momolu Khalil, 24, cannot be found guilty of rape because the woman got drunk voluntarily beforehand. The decision Wednesday overturned Khalil's prior conviction of third-degree criminal sexual conduct, which had been upheld by an appeals court, and granted him the right to a new trial.

The ruling also poured fuel on an effort in the Minnesota legislature to expand the state's definition of "mentally incapacitated" to include voluntary intoxication so that defendants such as Khalil can be convicted of more serious offenses.

At issue in Khalil's case was a state law that says a person is only considered "mentally incapacitated" and incapable of consenting to sex if they are intoxicated on substances "administered to that person without the person's agreement," like if someone spikes a punch bowl at a party. In Khalil's case, Justice Paul Thissen wrote in an opinion, no one disputes that the woman chose to become drunk.

"If the Legislature's intended meaning is clear from the text of the statute, we apply that meaning and not what we may wish the law was or what we think the law should be," Thissen wrote.

Khalil has been incarcerated since his sentencing in 2019. His attorney in the lower court said he expects his client to be released soon.

"When you have a 6-0 unanimous decision, that tells you that the courts have recognized what I was telling the district court judge all along: You cannot add your own elements to the law," said the attorney, Will Walker. "Otherwise, nobody would ever have a fair trial."

Khalil's attorney in the Minnesota Supreme Court case declined to comment on the ruling.

On the evening of the alleged assault, the woman went to a bar in Minneapolis's Dinkytown neighborhood with a friend, but the bouncer refused to let her in because she was drunk, according to court records. That's when Khalil and two other men allegedly approached the woman and her friend and invited them to a party.

Khalil drove the women to a house in North Minneapolis, prosecutors allege. The friend later testified that the woman immediately laid down on the couch and fell asleep.

When the woman woke up to see Khalil allegedly raping her, she told him she didn't want to have sex, court records say.

"But you're so hot and you turn me on," he allegedly replied.

The woman then lost consciousness and woke up between 7 a.m. and 8 a.m. with her shorts around her ankles, she testified. She and her friend left the house in a Lyft, and the woman went to a hospital to have a rape kit done later that day. She reported the case to Minneapolis police four days later, according to court records.

Minnesota is among a majority of states that treat intoxication as a barrier to consent only if the victim became drunk against their will. As of 2016, intoxication provisions in 40 states did not include situations where someone chose to consume drugs or alcohol, according to Brooklyn Law Review.

Definitions of rape have generally been expanding in recent decades, said Jill Hasday, a professor at the University of Minnesota Law School who has written about the history of marital rape. Courts that used to require women to prove that they displayed "utmost resistance" to unwanted sexual activity now apply what Hasday characterized as a more realistic understanding of how consent typically happens.

Minnesota rape survivors, advocates and dozens of legislators see the state's voluntary intoxication defense as a loophole that still needs to be filled. Some legislators put forth a bill in 2019 to make voluntary drunkenness grounds for a felony rape charge, but the legislature instead convened a working group to study the issue. The bipartisan bill in the Minnesota House of Representatives emerged from that group's report on possible changes to the law.

Under the existing statute, Khalil's case could be charged as fifth-degree criminal sexual conduct, a gross misdemeanor, according to the court ruling. State Rep. Kelly Moller, a Democrat, a co-sponsor of the bill and a prosecutor, said that charge does not go far enough.

"I've heard from prosecutors that even charging this as a fifth-degree gross misdemeanor is almost insulting to the victim," she said, "because it's such a lesser crime and it doesn't encompass what the victim actually experienced."

Moller said she often hears from prosecutors and victims about sexual assaults that cannot be prosecuted because the victim had chosen to consume drugs or alcohol before the attack. Ata state House committee hearing in February, a woman testified that when she was raped in 2019, prosecutors told her they could not pursue her case because she had chosen to drink cocktails before she lost consciousness on the day of the attack.

Of the nearly 10 million U.S. women who have been raped while intoxicated, according to background in the court opinion, Moller said most become drunk by choice. She pointed to Khalil's case to argue that some alleged offenders seek to prey on people in that kind of condition.

If Moller's bill succeeds in making voluntary drunkenness grounds for a rape charge, prosecutors will still have to explore the defendant's knowledge of the victim's state of mind.

"The state still has to prove beyond a reasonable doubt that the defendant knew or should have known that the victim was intoxicated to the degree incapable of providing consent," Moller said. "And that burden is high."