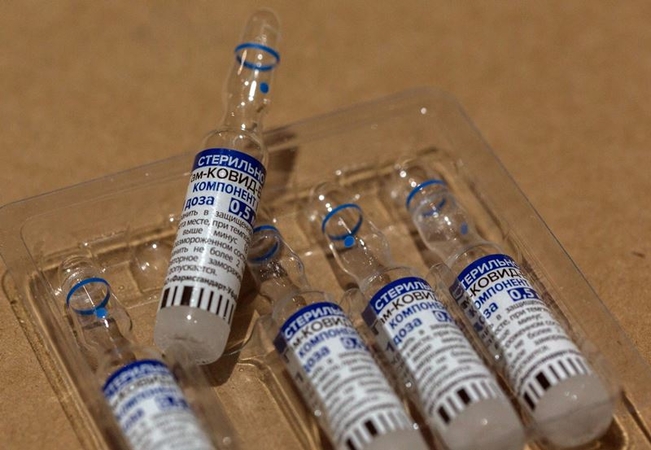 Slovakia and Russia clashed over the Sputnik V covid-19 vaccine after the European Union member accused Moscow of delivering shots that were different from those used in a peer-reviewed study.

Russia rejected the allegations and demanded Bratislava return the 200,000 doses it sent. The dispute may set back efforts to use Sputnik widely in Europe. Slovakia was one of a few members of the bloc pushing to use the Russia-developed vaccine to help speed the roll-out of inoculations. But political tensions over the push to use what one critic called "a tool in hybrid war" caused a crisis that cost Prime Minister Igor Matovic his job.

EU regulators are still reviewing Sputnik's application and the process could take several months, leading some nations to undertake their own checks to accelerate approval.

But a day after saying it hasn't received sufficient documentation from the Sputnik's developers to declare it safe and effective, the Slovak regulator went further, charging that the doses it received have different properties than the ones described in an article in The Lancet medical journal earlier this year. That widely cited report found Sputnik to be 91.6% effective and gave a major boost to Russia's efforts to distribute it abroad, allaying some concerns about the Kremlin's rush to approve the vaccine at home.

"According to published reports, Sputnik should be used in about 40 countries, although these vaccines are associated only by the name," Zuzana Batova, the head of Slovak State Institute for Drug Control, said in a report. "The comparability and consistency of various batches produced in different places hasn't been confirmed. In several cases, it appears that the vaccines have different properties."

The Slovak regulator said Wednesday it was still conducting tests, but added that it hasn't been able to come to a conclusion about the risks and benefits of Sputnik because of the "lack of a large amount of data from the producer, the inconsistency of the drug forms and the inability to compare batches used in various studies and countries."

Sputnik's developers dismissed the claims as "disinformation" and said all batches of the inoculation are of the same quality and undergo vigorous quality control.

"In violation of existing contract and in an act of sabotage the State Institute of Drug Control ensured that Sputnik V tested in a laboratory which is not part of the EU's Official Medicines Control Laboratory network," the developers wrote on Twitter.

Slovakia and Hungary are the only two EU members to agree to use the Russian-developed vaccine. On Thursday, Germany said it plans to hold bilateral discussions with Russia on buying doses amid criticism of a slow start to its inoculation campaign.

The nation of 5.5 million agreed to buy 2 million Sputnik V shots. But when junior coalition parties said the deal had been agreed behind their backs, Matovic was forced to swap jobs with the finance minister. Foreign Minister Ivan Korcok has called Sputnik "a tool in a hybrid war" as the country's right-of-center parties expressed concerns its purchase may undermine the European Union and NATO member's foreign-policy direction.

The Russian Direct Investment Fund, which backed the vaccine's development and handles its international roll-out, has set a target of increasing overseas output sufficiently to inoculate nearly one in ten people globally this year.