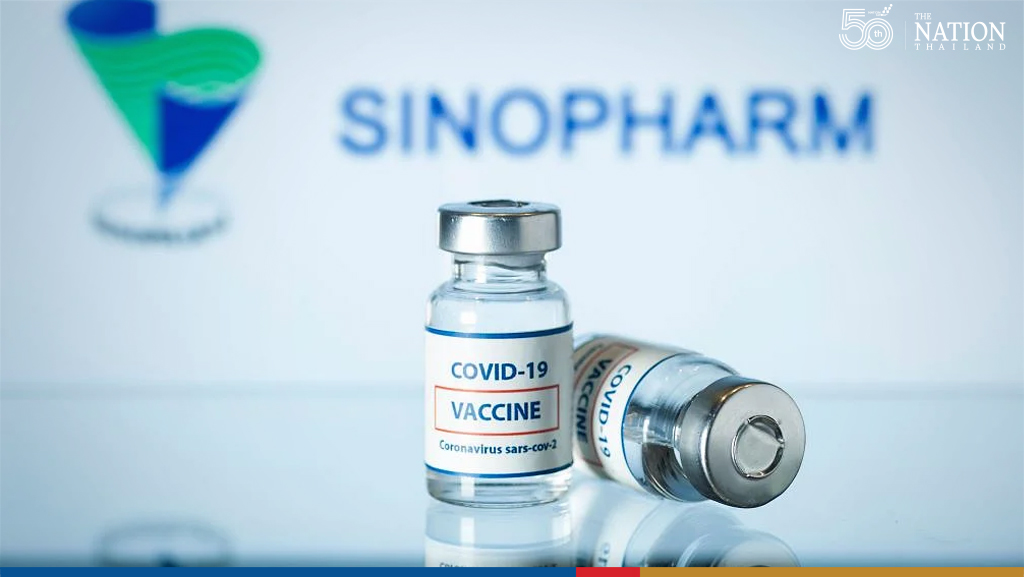 Sinopharm vaccine approved for use in Thailand

Sinopharm’s Covilo vaccine has been approved for emergency use in Thailand, with Bio Genetech Ltd registered as importer, the Thai Food and Drug Administration (FDA) announced on Friday.

“Covilo is an inactivated vaccine that has been developed by Sinopharm’s subsidiary Beijing Institute of Biological Product Ltd,” said FDA secretary-general Paisan Dankhum.

“It has also been included in the World Health Organisation [WHO]'s Emergency Use Listing,” he said, adding that two doses of Covilo are required at an interval of 28 days.

Covilo, which the WHO says is 79 per cent effective against symptomatic infection, is the fifth Covid-19 vaccine approved for use in Thailand by the FDA.

“All private importers are welcome to submit vaccine registration documents, while the FDA will consider the vaccine based on its quality, efficiency and safety as well as ensuring an appropriate risk management plan is in place after the vaccine is approved,” said Paisan.

Covilo is thought to be the vaccine of choice for Chulabhorn Royal Academy, which was granted the power to procure Covid-19 vaccine on Wednesday as per an announcement in the Royal Gazette.

Meanwhile, the FDA chief also addressed controversy over a leaked letter from Accap Asset Co to the Royal Academy, saying that the company had tried and failed to sell millions of Sinopharm doses to the government.

“As for the rumour that a private company had proposed to sell 20 million doses of Sinopharm vaccine, our preliminary investigation revealed that the company, Accap Assets Ltd, has not filed vaccine registration documents with the FDA, which is a prerequisite for any importer of vaccine into the country,” said Paisan. “The only company that has filed for registration of Sinopharm vaccine in Thailand is Bio Genetech Ltd.”