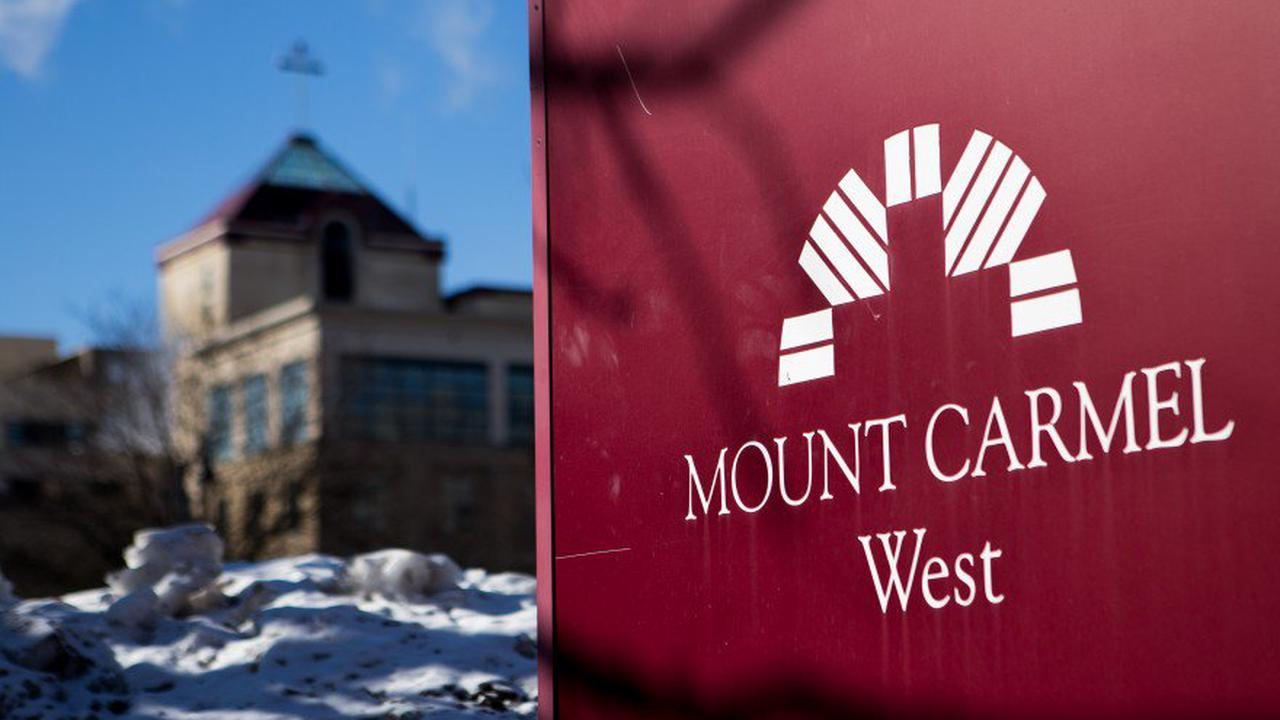 Seven months after the first coronavirus shots were rolled out, vaccinated Americans - including government, business and health leaders - are growing frustrated that tens of millions of people are still refusing to get them, endangering themselves and their communities and fueling the viruss spread.

Alabama Gov. Kay Ivey, a Republican, on Thursday lashed out amid a surge of cases in her state, telling a reporter it's "time to start blaming the unvaccinated folks." The NFL this week imposed new rules that put pressure on unvaccinated players, warning their teams could face fines or be forced to forfeit games if those players were linked to outbreaks.

"I think for a lot of leaders, both in government and in business, patience has worn thin," said Matt Gorman, a Republican strategist. "There is an urgency that might not have been there a month ago."

Meanwhile, exhausted health providers say they are bracing for case spikes that are largely preventable, driven by the hyper-transmissible delta variant. "We are frustrated, tired and worried for this next surge - and saddened by the state we find ourselves in," said Jason Yaun, a Memphis-based pediatrician, who said his colleagues are grappling with an "accumulation of fatigue" since the outbreak exploded in March 2020.

Biden administration officials increasingly frame the current outbreak as a "pandemic of the unvaccinated," seeking to persuade and perhaps even frighten some holdouts to get the shots.

But after months of careful cajoling, a growing number of Democrats and Republicans are venting about the sheer number of Americans who remain unvaccinated, particularly as hospitals are becoming overwhelmed in states with low vaccination rates.

President Joe Biden railed at social media companies last week for their role in spreading misinformation about the vaccines' benefits. "They're killing people," he said. "Look, the only pandemic we have is among the unvaccinated."

Biden later backed off his criticism of Facebook, while still calling on the company to do more to combat misinformation.

"Vaccinated America has had enough," former Republican speechwriter David Frum declared in The Atlantic on Friday.

Despite the growing anger, including from some GOP officials, a number of prominent Republicans and conservative media voices continue to shower vaccines with skepticism, and social media disinformation continues largely unabated. "The Biden administration wants to knock down your door KGB-style to force people to get vaccinated!" Rep. Jason Smith, R-Mo., tweeted this month, distorting a new campaign to share information about the shots.

The acrimony is only likely to intensify in coming months as vaccine mandates take effect at hundreds of colleges and universities, following a federal judge's refusal this week to block Indiana University's mandate. The Food and Drug Administration also is expected to fully approve the vaccines by fall, which is expected to embolden more employers to require the shots.

Public health experts say they're grappling with an irony: Americans who are already vaccinated tend to treat the coronavirus threat more seriously than many of the unvaccinated - even though the delta variant is poised to tear through populations that lack protection.

"We do know from our data that the vaccinated tend to be more worried about getting sick from covid than the unvaccinated," said Mollyann Brodie, a Kaiser Family Foundation executive vice president who oversees the organization's polling. "The reality, though, is that the new infections, hospitalizations and deaths are almost exclusively among the unvaccinated."

Only 68 percent of adults have received at least one dose of a vaccine, with the pace of shots declining steadily since mid-April, according to The Washington Post's tracker. All U.S. adults have been eligible to receive the shots for at least three months, with many states making the vaccine broadly available in March.

The challenge is particularly acute in GOP-led states, where the virus is now surging, but protection against it remains disproportionately low. Alabama, for instance, has seen a 92 percent increase in coronavirus infections and a 72 percent rise in hospitalizations over the past week. But just one-third of Alabamians are fully vaccinated, one of the lowest levels in the nation.

"It's the unvaccinated folks that are letting us down," Ivey told a reporter, lamenting that she didn't know what else to do to encourage vaccinations. "These folks are choosing a horrible lifestyle of self-inflicted pain."

White House press secretary Jen Psaki deflected a question about Ivey's comments Friday, saying, "I don't think our role is to place blame, but what we can do is provide accurate information to people who are not yet vaccinated about the risk they are incurring, not only on themselves, but also the people around them."

Meanwhile, the NFL amped up its efforts this week to persuade holdout players to get vaccinated. Under the new rules, a team could be forced to forfeit a game if there is a coronavirus outbreak linked to unvaccinated players. The move has both competitive and financial implications: Players won't get paychecks for forfeited games, the NFL said.

About 80% of all NFL players had at least one shot before the rules took effect, said league spokesperson Brian McCarthy, who credited seminars about the vaccines' benefits, on-site vaccinations and other tactics.

"We are pleased but not satisfied," McCarthy said, defending the NFL's push to encourage more shots.

Some players, like Arizona Cardinals wide receiver DeAndre Hopkins, have complained the new rules penalize them for being unwilling to get the vaccine. Buffalo Bills wide receiver Cole Beasley, the league's most vocal critic of the vaccine, also publicly questioned a teammate's support for the rules.

"No one's forcing you to do anything," said Torrey Smith, a retired NFL player who's spoken about the benefits of the vaccines. "You still don't have to do it. But understand your freedom of choice not to get vaccinated: It's putting other people at more of a risk and the organization at more of a risk."

"Because of the NFL's protocols, it puts you in a situation where you can definitely hurt your team long term, and you're going to pay for it - literally," Smith added.

Messaging experts counseled for months that blaming unvaccinated Americans would only backfire. Still, some said they understand the newly sharp tone of the conversation.

Luntz said he understands the growing frustrations about vaccine holdouts, particularly after a recent focus group with the de Beaumont Foundation. Participants were recruited after they claimed they were considering getting the shots - but then deflected all the pro-vaccine arguments, Luntz said.

"I got very agitated during my last focus group, and I don't get agitated," Luntz said. "I'm a living example of this frustration."

While the White House has been careful not to blame unvaccinated Americans, the administration last week debuted its new, targeted messaging strategy: "a pandemic of the unvaccinated." Coined by Centers for Disease Control and Prevention Director Rochelle Walensky, the phrase has become part of the White House's push for more Americans to get inoculated. Biden also used the phrase in his CNN town hall on Wednesday, as he pleaded with Americans to get vaccinated.

Many prominent Republicans, including Senate Minority Leader Mitch McConnell of Kentucky, have been vocal proponents of the vaccine for months, and in recent days other Republicans and conservative commenters have followed suit.

Florida Gov. Ron DeSantis, a Republican, has increasingly exhorted Florida residents to get the vaccine as the virus surges in his state, with more than 10,000 new infections reported each day. But the potential 2024 presidential candidate is also warning government officials against being too aggressive.

"I think these are folks that have skepticism of authorities," DeSantis said this week. "I think they have different reasons why they may not do it. I don't think most of them think covid is a hoax or anything. I think they understand."

But even the exhortations of prominent Republicans have their limits. A new poll from the Associated Press-NORC Center for Public Affairs Research found that 80 percent of Americans who remain unvaccinated said they probably or definitely will not get the vaccine. The survey also found 64 percent of unvaccinated Americans have little-to-no confidence in the vaccines working against variants, despite evidence showing otherwise.

Public health experts have defended the growing push for vaccination-related requirements, saying that the personal choice to get vaccinated should not be prioritized over community health.

"We do have personal freedom in the United States," said Brian Castrucci, head of the de Beaumont Foundation. "But those freedoms and the choices people make are not without consequences for them or others they may impact."

The growing hostility toward the vaccine is driving wedges between Americans across government, schools and sports as people look to move beyond the pandemic.

"Our inherent belligerence about everything is creeping into this discussion," said Barry Bennett, who managed Ben Carson's 2016 presidential campaign and then advised Donald Trump. "There have been all kinds of irrational behavior through this pandemic, and it's getting worse not better."

Some health-care officials said that the recent surge in cases is even more reason to stick with messages that patiently walk through the benefits of being vaccinated, rather than shift to a more aggressive tone.

"Our goal is to meet them where they are so they understand why the vaccination is so important right now," said Ajay Kumar, chief clinical officer of Hartford Healthcare in Connecticut. "The vaccine, at least in our experience, has modified the course of the disease and made it much milder and much easier to manage."

Kumar said his brother died in India about two months ago of the coronavirus while waiting to be vaccinated, before doses became widely available in that country. "So it is very personal," he said.