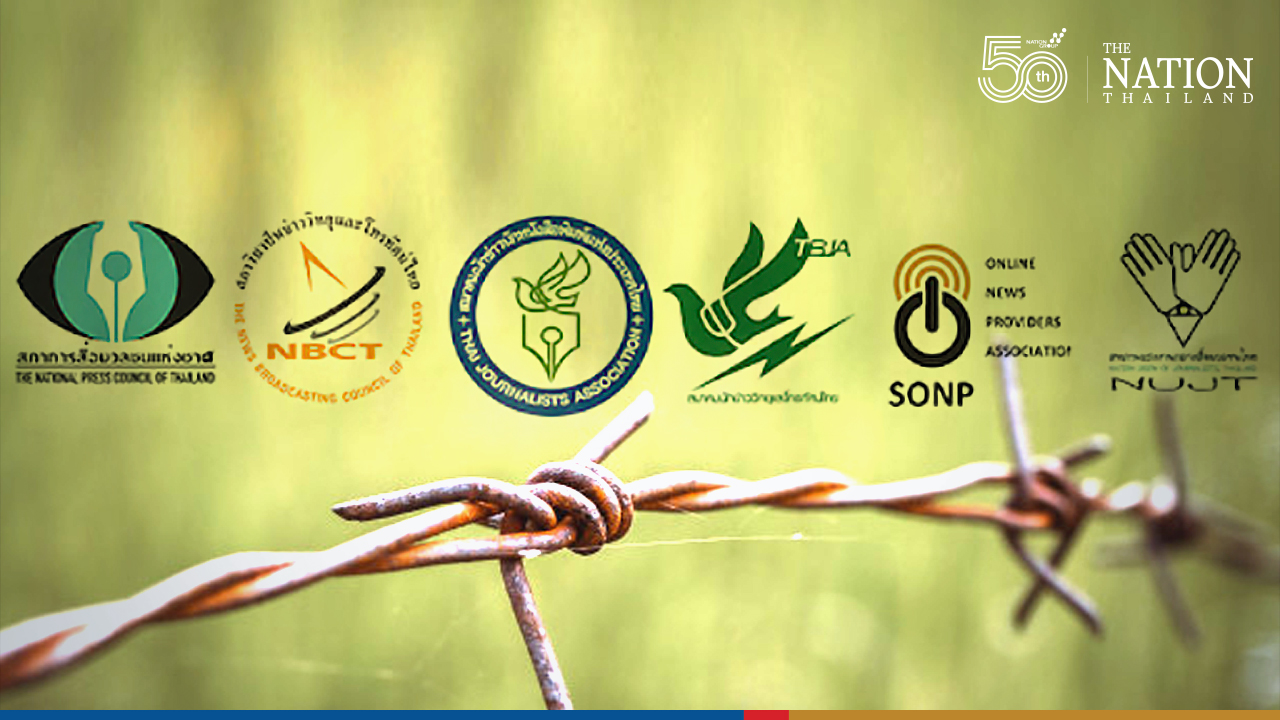 Thailand’s six key media organisations are demanding that the government stop controlling people’s freedom of speech under the authority of the emergency decree.

The demand was issued on Wednesday after Prime Minister Prayut Chan-o-cha announced via Facebook on Tuesday that serious steps would be taken to deal with “fake news”.

The government has threatened to invoke Article 9 of the Emergency Decree, which was enforced on July 15. According to the decree, strict action will be taken against people spreading false information or fake news to cause fear or shake the state’s stability.

However, the media organisations pointed out that this announcement aims to limit the freedom and rights of people and the press. Also, it said, branding reports as “fake news” is only an excuse for the authorities and is calling on those in the press to demand the government stop using this excuse to control the public.

Joint statement: The government must abolish an emergency decree provision that infringes on freedom of expression

On July 15, 2021, we expressed our concern over the government’s invocation of Section 9 of the 2005 Emergency Decree on Public Administration in Emergency Situations, and introduction of a new set of measures that outlaw “distortion of information and news that cause misunderstanding in emergency situations, the presentation and dissemination of news in books, published material and other media that contains messages that incite fear to the public, or intentionally distort information to create misunderstanding in emergency situations that impacts state security, peace and public morality.”

In a joint statement issued by six Thai media professional associations on that day, we called upon the government to reconsider the new measures, or clarify its intention as to how they will be enforced, in order to prevent misuse as instruments to censor media coverage and infringe on the public’s freedom of expression.

Our demands were ignored by the government. Prime Minister Prayut Chan-o-cha also posted a message on his official Facebook page on July 27, 2021, instructing relevant authorities to strictly enforce the new measures against the media, influencers and social media figures, among others.

The six media professional associations listed below immediately met to discuss the latest development. We reached the following conclusions:

1. The Prime Minister’s insistence on enforcing the new measures, along with the recent attempts by his government to intimidate and take legal action against members of the public who simply exercise their constitutional rights to criticize the administration during the COVID-19 pandemic, clearly reveal an intent to crack down on the freedom of expression enjoyed by the media and the public.

2. The government’s assertion that the new measures are necessary to tackle what it terms as “fake news” shows its refusal to acknowledge the administration’s failure in its communications with the public.

Although a small number of media agencies did sometimes present news that was inaccurate, their actions were not the result of any intentional plot to disseminate falsehoods or cause damage to  society, as is often alleged by the government and its Information Operations (IO). They were simply journalistic errors that can occur in the media industry, and which can be corrected by presenting accurate information. Members of the press who make such errors already pay a high price by losing their credibility.

3. We call upon all professionals in the media and news agencies to stand in unison and oppose the government’s new measures. We also urge the media establishment to take utmost care to ensure that their news coverage is accurate and compliant with the highest journalistic standards -- in order to deny the government any excuse to interfere with media operations, which will in turn affect the public’s right to information.

The National Press Council of Thailand

The News Broadcasting Council of Thailand

The Society for Online News Providers

The National Union of Journalists