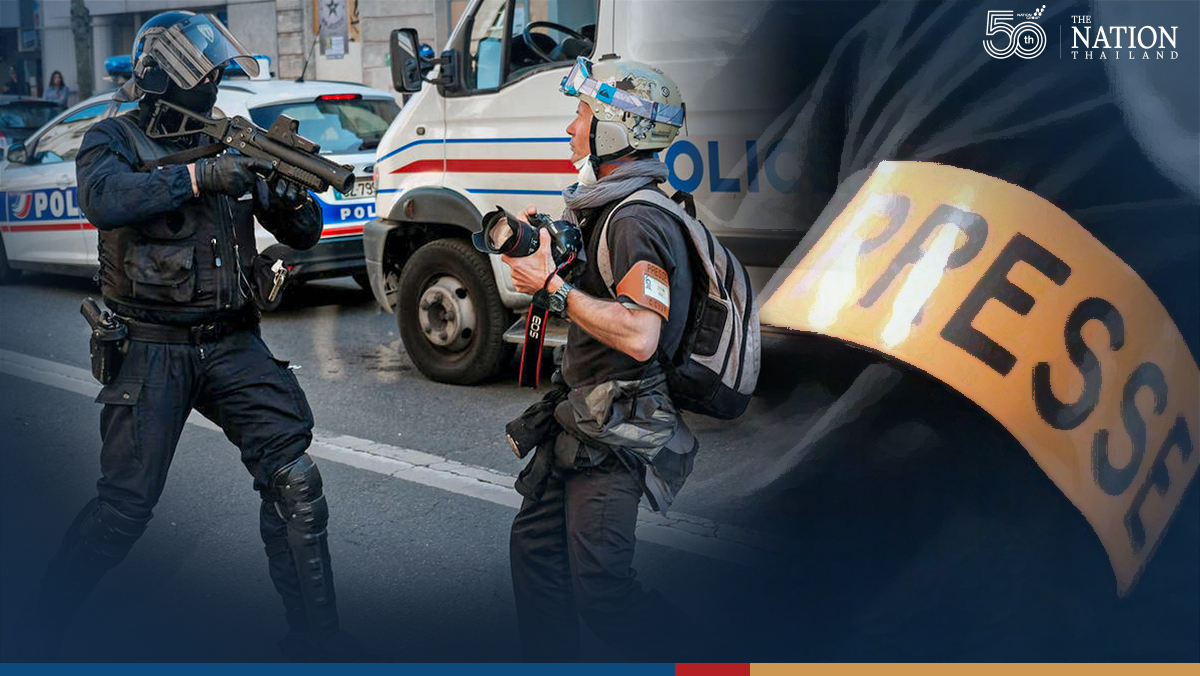 Press people have worn armbands since World War II, in order to differentiate them from those on the battlefield. However, bands could not always protect them from attacks.

During the Vietnam War, the press was even asked to not wear the band, as they or the soldiers with them could be easily seen by Viet Cong soldiers.

Of the recent years, an example of violence toward the media persons with armbands was in France, which was in 2019 ranked 32nd in the RSF World Press Freedom Index.

During the first six months of the yellow vests protests in 2018. 54 journalists were injured by police, and 120 were attacked or injured during the time.

Of the journalists, 12 got severe damages, such as broken bones or ribs. In addition, some of them were searched and bullied on social media. This demonstrates that the armbands were sometimes useless for journalists, especially in the big crashes.

In Thailand, Injuries suffered by journalists covering pro-democracy protests in July and August 2021 proved again that the press armbands did not guarantee safety during protests.

Among 180 countries, Thailand in 2021 was ranked 137th in the RSF World Press Freedom Index, even lower than Afghanistan before Taliban took over the country.

Some cases in Thailand have led to the prosecution of law enforcement authorities.

On July 18, two reporters had reportedly suffered injuries caused by rubber bullets fired by crowd control police, in spite of having the press armbands and ID cards. two reporters, along with their agency, later sued the government for THB1.4 million via the Civil Court, and asked for temporary protection.

The injured reporters claimed that there was no warning from the officials when they started using the rubber bullets.