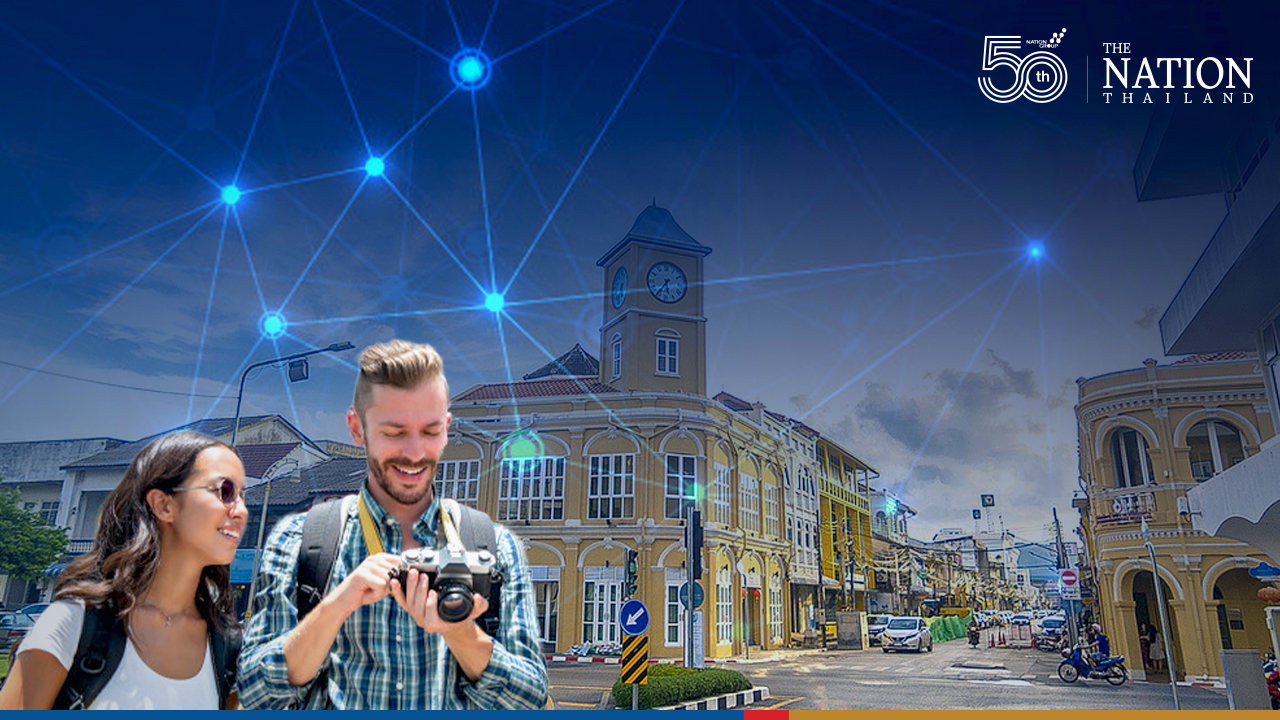 Phuket’s Karon subdistrict will be the first area to get smart poles, nicknamed “lucky poles”, as part of the government’s smart city initiative, the Karon mayor said on Wednesday.

“The government aims to pilot the smart pole project in 14 communities nationwide, and Karon has been selected because its economy relies on tourism,” said mayor Jadet Wicharasorn. “The campaign also aims to improve Karon’s telecommunication grid, put power and telecom lines underground, install smart CCTV cameras and IoT [internet of things] equipment to turn Karon into a true smart city.”

Thanaphan Tantisattayakul, managing director of United Technology Enterprise (UTE), which has won the contract for the project, said UTE will establish a digital infrastructure in Karon using smart poles. This will be a key feature to attract tourists.

“With smart poles installed, tourists will be able to easily access tourism-related information and other digital interactive media such as maps, weather forecasts, bus schedules, information on local attractions and shop locations,” he said. “The smart poles will be powered by a built-in solar panel and equipped with LED lights that also serve as traffic signs. The poles will also provide free WIFI service.

“The smart poles will also be integrated with the city’s CCTV system and will have an emergency button,” he added. “In the future, these poles can be used with VDO analytics software to prevent crimes and make Phuket safer.”

UTE reckons Phuket will need some 500 smart poles to cover every area and is planning to bid for smart pole projects in other tourism-oriented provinces.