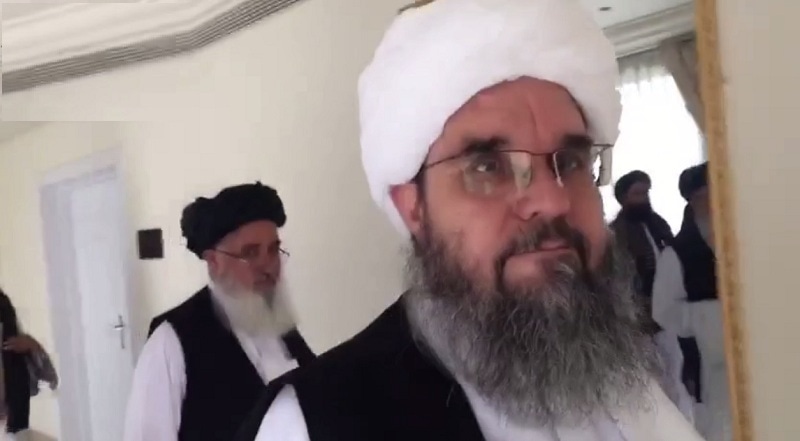 Prominent Taliban leader Shahabuddin Dilwar, in response to Indian Prime Minister Narendra Modi’s statement casting doubt on the sustainability of a new regime in Afghanistan, said India will soon know that the Taliban can run the country’s affairs smoothly.

The statement from the Taliban leader comes a week after Modi commented on the Taliban takeover of Afghanistan saying “an empire on the basis of terror may dominate for some time but its existence is never permanent”.

The Indian premier, in a veiled criticism of Taliban, had on Aug 20 tweeted: "The destroying powers, the thinking that builds an empire on the basis of terror, may dominate for some time in a period of time, but, its existence is never permanent, it cannot suppress humanity for a long time."

Reacting to the Indian premier’s statement in an exclusive conversation with Radio Pakistan correspondent Bilal Khan Mehsud in Kabul on Thursday, Dilwar warned India not to interfere in the internal affairs of Afghanistan.

He said Pakistan was a neighbour of Afghanistan and a friendly country. Dilawar thanked Pakistan for hosting over three million Afghan refugees.

“We are thankful to Pakistan for its services [...] for welfare of the refugees,” he added.

He underlined that Taliban wanted peaceful ties with all countries based on mutual respect.

The Taliban completed a lighting fast takeover of the country, finally walking into Kabul on Aug 16 without firing a shot, according to Reuters.

The group had declared the war in Afghanistan over after taking control of the presidential palace in the Afghan capital.

“Today is a great day for the Afghan people and the mujahideen. They have witnessed the fruits of their efforts and their sacrifices for 20 years,” Mohammad Naeem, the spokesman for the Taliban's political office, had told Al Jazeera TV.

Although the group has sought to present a more moderate face since its takeover, the Taliban ruled with an iron fist from 1996 to 2001, before being toppled by US-led forces for sheltering Al Qaeda militants, who were behind the September 11 attacks.

Currently, the group is in talks with a spectrum of leaders and politicians in Afghanistan to form an “inclusive government” to run the country, according to multiple statements by Taliban spokesmen.

Interior Minister Sheikh Rashid had on Monday said the Afghan Taliban reassured the [Pakistan] government that the banned Tehreek-i-Taliban Pakistan (TTP) would not be given permission to operate in Afghanistan against Pakistan.

"The Afghan Taliban have reassured [us] that Afghanistan's land will not be allowed to be used in any case by the TTP," Rashid had said at a press conference in islamabad.

Rashid had said the government was in "full contact" with the Taliban on the issue of some TTP members such as Maulvi Faqir Mohammad being released after the takeover of Kabul.

Pakistan claims that the TTP was being funded by India and its intelligence agencies, in connivance with the Ashraf Ghani led Afghan government, to carry out terrorism in Pakistan from Afghan soil.

However, after the Taliban takeover of Afghanistan, Information Minister Fawad Chaudhry said the TTP is in a state of “disarray” as Indian funding to the group had come to a halt.

Since taking over, the Afghan Taliban have reassured Pakistan and other stakeholders that they would not allow any group to use Afghan soil against any country, including Pakistan.

Chaudhry said that the announcement by the Taliban that Afghanistan would not be allowed to be used for terrorism against any country was a very "positive" one.

“We think the Taliban authorities will act on this. [....] Pakistan's top terrorists from the BLA (Balochistan Liberation Army) and TTP are sitting in Afghanistan and we want them.

"We hope we will have cooperation from Afghanistan on this. Inside the country we will look at these matters ourselves," the information minister told a press conference on Tuesday.