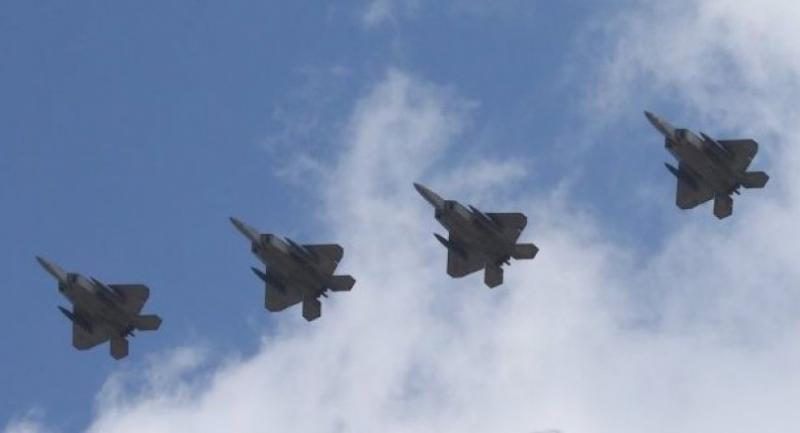 Seoul to consider deploying most powerful US weapons

SEOUL - With North Korea's continuous provocations of firing ICBMs, Seoul and Washington are in talks of deploying most powerful US tactical weapons after NK fired its sixth missile.

South Korea will discuss with the United States deploying the “most powerful US tactical weapons” here, in response to North Korea’s sixth test of nuclear weapons, its chief security officer said Sunday.

Chung Eui-yong, President Moon Jae-in’s top security adviser, also said the country would push for the “strongest sanctions” against the defiant regime led by dictator Kim Jong-un in order to “completely” isolate it.

“President Moon Jae-in said the country would not allow North Korea to continue advancing its nuclear and missile technologies,” Chung said after an emergency meeting of the National Security Council.

The top security adviser did not elaborate, but the move comes amid a growing call here for nuclear rearmament.

The US withdrew its tactical nuclear weapons from the South in the early 1990s. President Moon has so far displayed commitment to upholding the principle of a nuclear-free Korean Peninsula.

At around 12:30 p.m. Sunday, Pyongyang conducted an underground nuclear test -- its sixth and most powerful so far -- creating an artificial quake of 5.7 magnitude, according to the South’s weather agency. The US, Chinese and Russian authorities put the seismic activity at a magnitude of 6.3. The North later claimed it successfully tested a hydrogen bomb to be delivered by an intercontinental ballistic missile, which it recently claimed to have developed.

To beef up the South’s military capacity and the allies’ defense posture against the increasingly provocative North, the allies are likely to roll out this week four additional launchers for the US-led missile shield Terminal High Altitude Area Defense as well as US fighter jets.

Two batteries and a powerful X-band radar are already deployed and operational in Seongju, North Gyeongsang Province. A typical THAAD battery consists of six launchers and a radar.

Before Sunday’s test, Seoul officials had revealed an ongoing discussion between the two sides for a possible rotational deployment of the US stealth jets F-22 and F-35B.

The allies are known to be discussing the deployment of US strategic assets on a quarterly basis at the US air base in Osan, Gyeonggi Province, or Kunsan Air Base in North Jeolla Province, they added.

The US has periodically sent strategic assets to South Korea, including B-1B bombers, as a show of force when North Korea’s provocative acts escalate.

“It is believed that the US is positive toward rotational deployment of F-22 and F-35B jets over Korea as it remains firm in countering North Korea’s provocations,” a government source said.

Chung said that he had two telephone conversations with his US counterpart H.R. McMaster before and after Seoul’s NSC meeting Sunday.

South Korea’s Chairman of the Joint Chiefs of Staff Jeong Kyeong-doo also spoke with his US counterpart Gen. Joseph Dunford in a phone conservation, during which they stressed the need for “effective military responses” to the provocation, aimed at demonstrating the allies’ force and resolve, according to Jeong’s office.