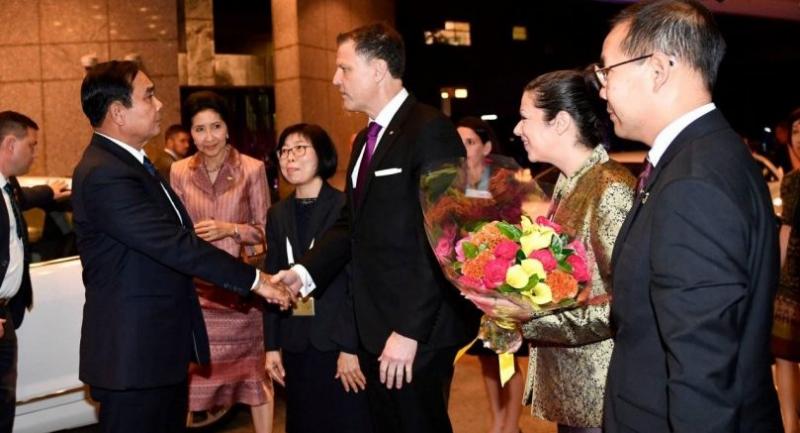 DESPITE limited possibility of leaders taking a strong position, Amnesty International (AI) yesterday urged the Asean-Australia Special Summit to speak up over the ongoing crimes targeting the Rohingya in Myanmar.

“The human rights crisis in Rakhine state and Myanmar as a whole must be on top of the agenda this weekend in Sydney,” said James Gomez, AI’s director for Southeast Asia and the Pacific.
“Asean has been shamefully silent on what is happening in one of its member states so far. It is high time for the organisation to take meaningful action, and to call an emergency Asean Summit to address the issue,” Gomez added.
Dubbed by the United Nations as possible “genocide”, the atrocities perpetrated against this ethnic and religious minority in Rakhine state has been barely raised at any top-brass Asean meeting.
The meetings in Sydney today and tomorrow could be no different.
According to drafts seen by The Nation, to be agreed on by the attending leaders during the summit tomorrow, no particular mention of the Rohingya is made despite its “strongest condemnation against all forms of terrorism”.
The leaders would also vow to reiterate on promotion and protection of human rights for all of their people following the Universal Declaration of Human Rights, the paper said.
With the exception of Philippine President Rodrigo Duterte, who is skipping the meetings due to “domestic issues to attend to”, Australian and Asean leaders would hold a counter-terrorism meeting as well as a CEO Forum over the weekend.
Prime Minister General Prayut Chan-o-cha departed Thailand yesterday to attend the summit. According to Deputy Government Spokesperson Lt-General Werachon Sukondhapatipak, Thailand would utilise the platform to revitalise the Asean-Australia strategic partnership amid “escalating regional uncertainties”.
While they could refer to security tensions in the Korean Peninsula and the South China Sea, Thailand has avoided a strong tone on the Rakhine situation, choosing to provide humanitarian assistance to the area while maintaining friendly relations with the powerful Myanmar army.
Myanmar’s State Counsellor and de facto leader Aung San Suu Kyi will also attend the summit and is expected to have bilateral meetings with Australian PM Malcolm Turnbull.
While Australia calls for freedom of access to humanitarian assistance in Rakhine, the Turnbull government had earlier refused to directly condemn the government over the humanitarian crisis.
Gomez also urged Asean leaders to pressure Australia to “take their obligations under international law seriously and respect the human rights of refugee” on refugee management and policies.
Earlier this year, AI documented how Australia had abandoned hundreds of refugees, including the Rohingya, to their fate in Papua New Guinea, by moving them to new centres that lack basic services and leave refugees vulnerable to violence.