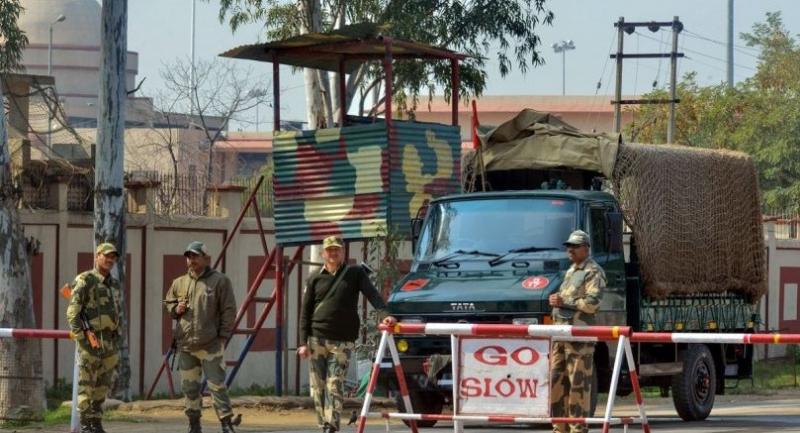 The US, the UK, China, Russia and the European Union on Wednesday urged both India and Pakistan to exercise utmost restraint and avoid further military activity by the nuclear-armed neighbours.

Tensions between India and Pakistan rose Wednesday after Pakistan claimed it shot down two Indian fighter jets over Pakistani air space and arrested a pilot.

Pakistan Prime Minister Imran Khan tried to defuse the tension by saying war is futile and can lead to unknown consequences while making an oblique reference to the nuclear weapons that both countries possess.

Worried over escalating tensions, US Secretary of State Mike Pompeo spoke separately with foreign ministers of India and Pakistan, urging them to avoid “further military activity”.

“I expressed to both ministers that we encourage India and Pakistan to exercise restraint, and avoid escalation at any cost,” Pompeo, who is accompanying President Donald Trump at the second summit with North Korean leader Kim Jong-un, said in Vietnam.

In London, Prime Minister Theresa May said Britain is deeply concerned over rising tensions between India and Pakistan, urging both the nuclear-armed nations to exercise restraint to avoid further escalation.

“The UK is deeply concerned about rising tensions between India and Pakistan and urgently calls for restraint on both sides to avoid further escalation. We are in regular contact with both countries, urging dialogue and diplomatic solutions to ensure regional stability,” she said.

In response to an urgent question on “The situation in Jammu & Kashmir” tabled during the weekly Prime Minister’s Questions session, May told the House of Commons that the UK remained in regular contact with both countries and was working towards de-escalating tensions.

Russia has expressed “serious concern” over the escalation of tensions.

Moscow called on both sides to exercise “restraint”, adding that existing problems should be solved by “political and diplomatic means”.

For a second day, China urged India and Pakistan to exercise restraint and said the two sides should engage in dialogue to uphold the peace and stability in the region.

“I understand that in the latest development Pakistan says it had shot down two Indian aircraft and captured Indian pilots,” Lu said in Beijing.

In Brussels, the European Union’s diplomatic chief Federica Mogherini urged India and Pakistan to show the “utmost restraint” in their escalating confrontation.

“We expect both countries to now exercise utmost restraint and avoid any further escalation of the situation,” Mogherini said in a statement.