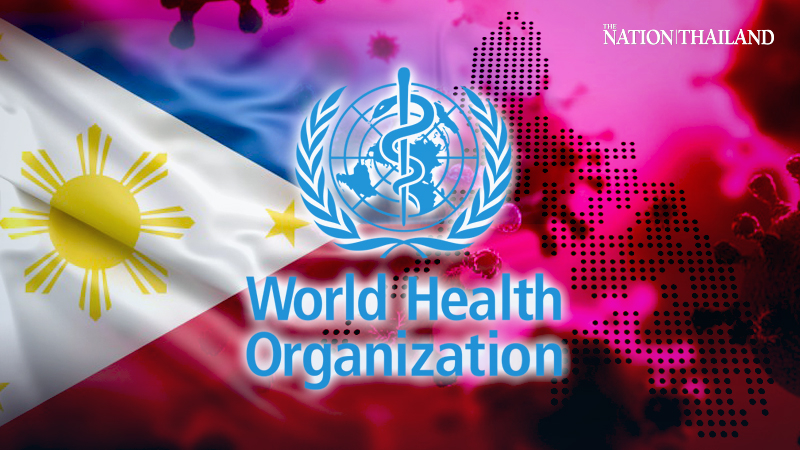 MANILA, Philippines — The World Health Organization (WHO) on Wednesday said the Philippines was close to crossing the “red line” in exhausting its health care capacity to handle the COVID-19 pandemic after recording the highest number of new cases and fatalities in the Western Pacific Region recently.

WHO officials said the current surge was due to multiple factors, including the emergence of “variants of concern” from the SARS-CoV-2 virus that causes the severe respiratory disease, the people’s lack of compliance to nonpharmaceutical interventions like minimum health protocols, and increased mobility.

“We are concerned about the situation in the Philippines,” said WHO Regional Director Dr. Takeshi Kasai. “We are concerned because the surge is really continuing and moving toward the so-called red line [when] the number of cases exceed or surpass the capacity of health care.”

Kasai stressed that it was “very, very important to avoid crossing this red line.”

In its latest COVID-19 update, WHO noted that the Philippines reported 11,028 infections, the highest number of new cases recorded over a 24-hour period ending on April 5 among 37 countries in the Western Pacific.

The Philippines also has the highest number of fatalities in the region with a cumulative total of 13,245 on that day, followed by China with 4,851, it said.

The Department of Health (DOH) gave an even higher death toll of 14,059 on Wednesday after reporting 242 more had died.

It reported fewer new cases, 6,414, but said that was due to the small number of samples for testing received by laboratories.

The new infections brought the country’s total caseload to 819,164. The independent OCTA Research Group predicted it would hit 1 million by the end of the month.

The WHO said that on April 5, the country with the highest number of new cases next to the Philippines was Malaysia, but it only had 1,349, followed by Mongolia (620) and South Korea (473).

He said business owners should also think of ways to operate with minimized risk of workplace transmission.

“These measures are effective even [against] the variants of concern,” he said.

Kasai said WHO was encouraging countries to improve their surveillance system, including monitoring the virus’ variants of concern, referring to three that were found to be more transmissible.

Governments also should speed up the vaccination of health-care workers, the elderly and people with existing health conditions, he said.

“But I also wanted to remind [people] that vaccine alone cannot control COVID-19,” Kasai said. “We can anticipate that there will be more of these surges [as] the virus is still circulating and we simply cannot let down our guard. Not yet.”

In addition, he said WHO also was encouraging the Philippine government to continue improving its health-care capacity, including setting up “intermediate” facilities for severe cases.
On Tuesday, the DOH opened a field hospital on the grounds of Quezon Institute in Quezon City with 110 beds for critical cases.

WHO also encouraged countries “to strengthen contact tracing so that they can know where infections are occurring and they can think how effectively we can suppress those infections.”

Responding to calls by local government officials, the Department of Labor and Employment (Dole) on Wednesday said it could spend P205 million of its P18-billion cash-for-work fund this year to hire 4,000 contact tracers for three months in Metro Manila and the provinces of Bulacan, Cavite, Laguna and Rizal—the worst-hit by the current surge and now under enhanced community quarantine.

According to the Department of the Interior and Local Government, Metro Manila has 10,375, contact tracers, Bulacan has 5,590, and Calabarzon region has 30,000. Nationwide, the country of 110 million has 238,000 contact tracers.

The DOH on Tuesday reported that the national capital and the four provinces accounted for more than half of the 9,373 new cases nationwide on that day.

Karina Trayvilla, director of Dole’s Bureau of Workers with Special Concerns, said the department had initially considered using that same amount of money to hire 12,000 informal sector workers as contact tracers for 30 days.

“The mayors really want to expand the period for contact tracing. They said at least three months will be sufficient,” she said.

Trayvilla said Dole would either reduce the number of contact tracers to work for three months or stick to the original target of 12,000 for one month, she said.

She said the contact tracers would be paid the minimum wage, which is P537 in Metro Manila, P369 in Central Luzon and P400 in Calabarzon.

They would also get P400 worth of personal protective equipment and microinsurance, Trayvilla said.

The DOH on Wednesday reported that 163 more patients had recovered, bringing the total number of survivors to 656,404.

The deaths and recoveries left 158,701 active cases. Of the total, 1.2 percent are asymptomatic, 0.5 percent critical, 0.5 percent severe and 0.3 percent moderate.

The surge was apparent in Metro Manila’s rail lines where 522 railway personnel tested positive for the coronavirus as of Wednesday, following a mass testing ordered by Secretary Arthur Tugade of the Department of Transportation (DOTr) last week.

This total is more than a fifth of the 2,821 rail workers from Metro Rail Transit Line 3 (MRT 3), Light Rail Transit (LRT) Lines 1 and 2, and the Philippine National Railways (PNR).

On March 29, just before the rail lines’ scheduled maintenance during the Holy Week, 13 MRT 3 personnel had tested positive for COVID-19, 12 of whom were tellers at the Santolan, Ortigas and Cubao stations, and one was a cash assistant.

Assistant Transportation Secretary Goddes Hope Libiran told reporters that a review of all videos showed “no evidence of known exposure of an infected person to a passenger who was not wearing a mask, face shield or PPE.”

“Thus, no evidence of rail employee to passenger exposure so far as contact tracing investigation suggests,” she said.

MRT 3 Director Michael Capati said the 13 employees had close contact with one employee who was infected by a family member.

While the tests are continuing, MRT 3, LRT 2 and LRT 1 will be running at 30 percent of their prepandemic capacity.

There were no immediate comparative figures for the other rail lines.

—WITH REPORTS FROM DONA Z. PAZZIBUGAN, MARIEJO S. RAMOS AND JEANNETTE I. ANDRADE