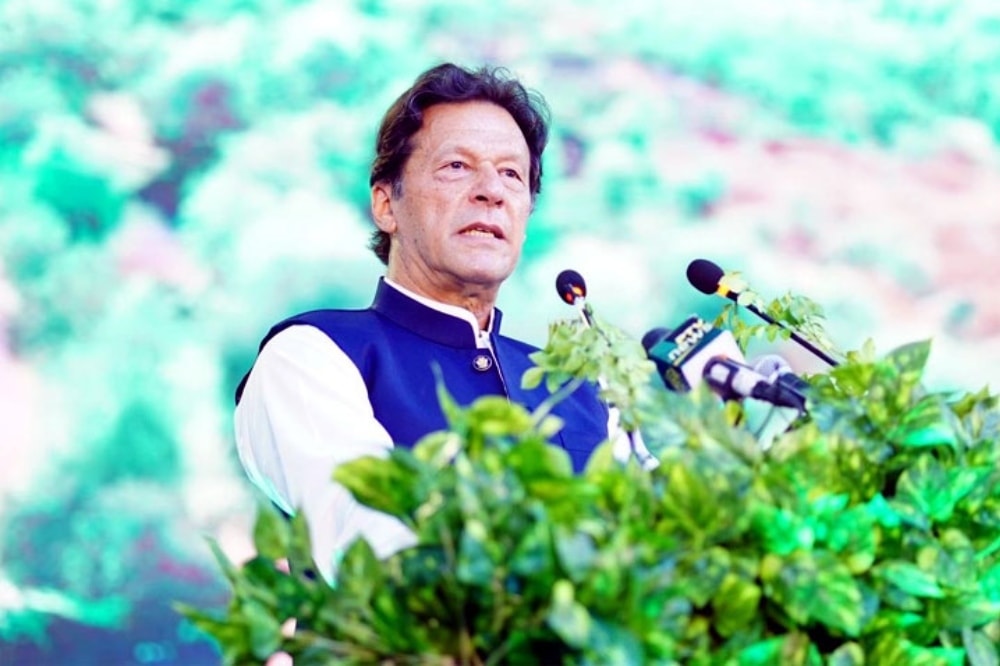 "Pakistan's contribution to global warming and climate change is minimal. Rich countries, which contribute significantly more, have a greater responsibility to provide funds to ones like ours so that we can fight climate change," he said.

The premier said that Pakistan was left with very little money to address climate issues, highlighting the difference in resources between the developed and developing world.

Comparing the aid given by the government to the people in Pakistan and in the United States during the Covid-19 pandemic, he said: "The countries which contribute the most towards pollution and have the resources should support those trying to combat climate change."

PM Imran also paid tribute to UN Secretary General Antonio Guterres for reiterating the message that the developed world has to take responsibility and help countries which do not have the resources when it comes to fighting global warming.

He said that Pakistan has pledged to shift to producing 60pc clean energy by 2030. "People must now pay attention to planting trees and cleaning rivers in order to reduce pollution.

"This is the UN Decade for Ecosystem Restoration. This is the decade the world fights back to restore the ecosystem."

'World did not pay attention to climate change'

The premier began by stating that it was an honour for Pakistan to be hosting the event marking World Environment Day. "The world has realised that Pakistan is one of the few countries that is worried about coming generations."

He lamented the fact that in the past, the world did not pay attention to climate change. "Some countries did, but most did not and Pakistan was among them."

He said that the the country's jungles and forests were destroyed, as more and more people took over the land while rivers became polluted. "Lahore was once the city of gardens. Now pollution levels have surpassed danger levels."

The prime minister said that humanity will have to suffer the consequences of ignoring the effects of climate change.

Highlighting Pakistan's contributions towards combatting climate change, PM Imran said that the country was responsible for less than one per cent of global carbon emissions. "Despite this, we decided to do whatever we can to fight global warming which has negative consequences."

He said that 80pc of Pakistan's rivers are supplied from glaciers which are being affected by global warming.

"Twenty years ago, people used to make fun of those talking about climate change. But now the world is slowly realising its impact."

Commenting on the government's 10 Billion Tree Tsunami Programme, he lauded officials for planting one billion trees in Khyber Pakhtunkhwa and paid tribute to the forest guards.

"The timber mafia had slowly destroyed the trees and forests. They were so powerful that no politician was ready to say anything [but] we confronted them for the first time in KP," he said, lauding the sacrifices made by the forest guards.

Calls on nation to participate

The prime minister said that the campaign will not be successful until the whole nation participates and comes to the realisation that this is for the children of the country.

"The teachers of Pakistan have a big responsibility. You need to start teaching children about the importance of planting trees.

"If we are successful in our goal of planting 10 billion trees, it will have a major impact on the people, the country and the economy," he said, adding that it will also combat pollution and water scarcity. "The whole country needs to participate."

He said that the country's youth was its biggest advantage and could pay a role in protecting the environment.

He said that in addition to the 10 Billion Tree Tsunami programme, the government was also focusing on trying to "recharge" the country's wetlands. "Floodwater is wasted and can be used to recharge wetlands and lakes," he said, adding that work was also being carried out on preserving and regenerating mangroves.

"We have to try and involve locals in this. But those who don't have enough to eat will never care about the environment. Therefore, green jobs are necessary as it will give them a stake in this."

We have made 15 new national parks and these require special guards, he said. The biggest benefit for locals from this will be ecotourism and they will become stakeholders, he said.