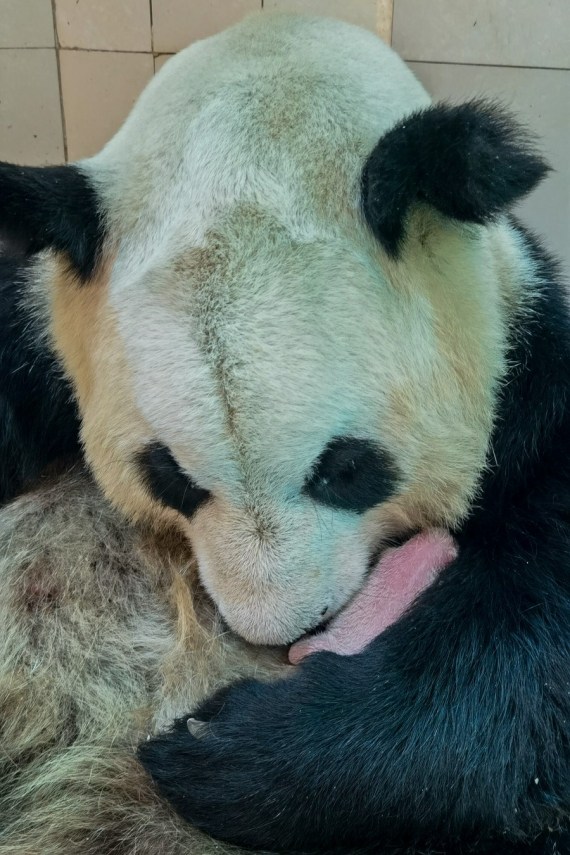 Two giant pandas at a base of the China Conservation and Research Center for the Giant Panda in southwest China's Sichuan Province gave birth to two pairs of twins on Saturday.

The giant pandas were both from the Shenshuping giant panda base in Wolong National Nature Reserve.

Zhen Zhen was born in the San Diego zoo of the United States in 2007 and returned to the China Conservation and Research Center for the Giant Panda in 2010. In 2015, she gave birth to a pair of twins in the Bifengxia panda base in Ya'an of Sichuan.

Su Shan was born in August 2011, with both of her parents coming from the wild. She gave birth to a cub in the Bifengxia panda base in 2016.

The first cubs of the two pairs are bred by their mothers and while the second ones are being taken care of by the center workers. They were all in good condition, said Li Guo, an expert with the Shenshuping giant panda base.