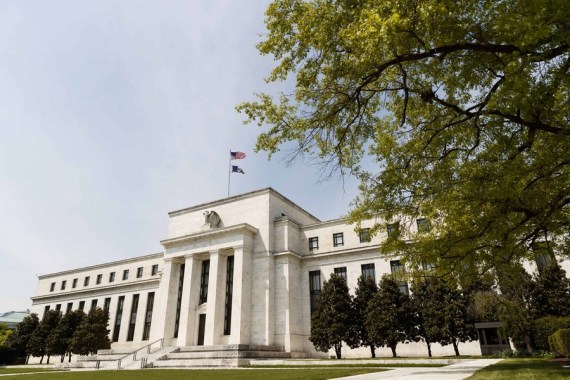 Most economists expected a formal announcement of tapering by the Fed in December and actual reductions starting in the first quarter of 2022, according to a survey of 51 economists released by Bloomberg.

The debate over when and how the U.S. Federal Reserve should begin tapering its asset purchases is expected to intensify this week amid inflation and Delta variant concerns, economists have said.

"Inflationary risk and the delta variant of the coronavirus will be front and center" at the Fed's two-day policy meeting that started on Tuesday, while policy changes will take a back seat, said Joseph Brusuelas, chief economist at accounting and consulting firm RSM US LLP.

"The primary takeaways of the meeting, should there actually be anything other than a reaffirmation of the status quo, will be the inclusion of policymakers noting the news around rising inflation," Brusuelas said.

The meeting came as U.S. consumer prices in June rose 0.9 percent from the previous month and 5.4 percent from a year earlier, the largest 12-month increase in roughly 13 years, according to the Labor Department.

Diane Swonk, chief economist at Grant Thornton, a major accounting firm, believed that "many within the Fed will be pushing to taper" the central bank's monthly asset purchase program of 120 billion U.S. dollars amid inflation concerns.

"(Fed Chairman Jerome) Powell will acknowledge that the Fed is discussing the asset purchase program but has yet to agree upon timing or strategy for tapering," Swonk said Sunday in an analysis, noting Fed officials will want to see more progress toward their goals, notably on employment.

The Fed has pledged to keep its benchmark interest rates unchanged at the record-low level of near zero, while continuing its asset purchase program at least at the current pace of 120 billion dollars per month until "substantial further progress" has been made on employment and inflation.

Meanwhile, the Fed has to acknowledge the "downside risks from the spread of the Delta variant," as the honor system for masking has failed, which is fueling the spread in less vaccinated areas and upping the ante for breakthrough infections, Swonk noted.

"The question mark is how spread of the Delta variant affects the return to work and whether it dampens some of the demand for services," she said.

COVID-19 cases are on the rise in nearly 90 percent of U.S. jurisdictions, with outbreaks in parts of the country that have low vaccination coverage, according to the U.S. Centers for Disease Control and Prevention (CDC).

To prevent further spread of the Delta variant, the CDC on Tuesday updated its masking guidelines, recommending that even vaccinated people return to wearing masks indoors in COVID-19 hot spots.

It's too early to know if this latest wave of COVID-19 cases will have significant economic effects, according to Nick Bennenbroek and Brendan McKenna, economists at Wells Fargo Securities.

"Should the latest COVID outbreak persist for an extended period, perhaps until the end of this year, there would be a higher likelihood of governments reimposing restrictions and central banks delaying their tightening plans," the economists wrote Monday in a note.

Swonk still expected the Fed to begin tapering by the end of this year, but she did not expect more clarity on the time frame from this week's meeting.

Brusuelas believed that the rise of the variants will present the Fed with the opportunity to "postpone a more in-depth discussion" around tapering that many market participants would like to see take place at the Kansas City Fed's symposium on monetary policy at Jackson Hole, Wyoming, next month.

Most economists expected a formal announcement of tapering by the Fed in December and actual reductions starting in the first quarter of 2022, according to a survey of 51 economists released by Bloomberg last week.