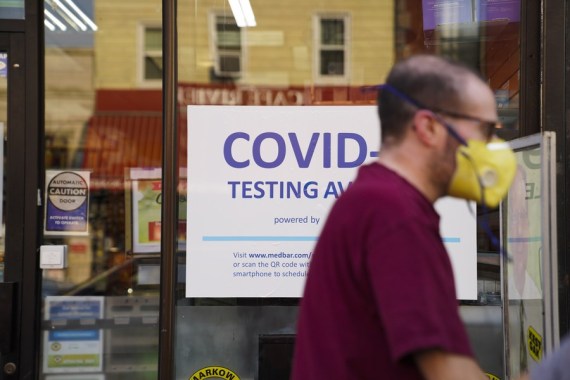 "High viral loads suggest an increased risk of transmission and raised concern that, unlike with other variants, vaccinated people infected with Delta can transmit the virus," said CDC Director Rochelle Walensky.

A new study of the U.S. Centers for Disease Control and Prevention (CDC) shows the Delta variant produced similar amounts of virus in vaccinated and unvaccinated people if they get infected.

The study, published by the CDC on Friday, focused on 469 COVID-19 cases identified among Massachusetts residents who had traveled to Barnstable County, a summer vacation destination, during July 3 to 17.

A total of 346 cases, about 74 percent, occurred in fully vaccinated people, according to the study.

Testing identified the Delta variant in 90 percent of specimens from 133 patients.

Cycle threshold values were similar among specimens from patients who were fully vaccinated and those who were not, according to the study.

"High viral loads suggest an increased risk of transmission and raised concern that, unlike with other variants, vaccinated people infected with Delta can transmit the virus," she said.

Walensky said this finding is concerning and was a pivotal discovery leading to CDC's updated mask recommendation.

The CDC updated its masking recommendation on Tuesday, urging vaccinated Americans to resume wearing masks in schools and in public indoor spaces in COVID-19 hot spots across the country.

"The masking recommendation was updated to ensure the vaccinated public would not unknowingly transmit virus to others, including their unvaccinated or immunocompromised loved ones," she said.

The CDC suggested jurisdictions to consider expanded prevention strategies, including universal masking in indoor public settings, particularly for large public gatherings that include travelers from many areas with differing levels of SARS-CoV-2 transmission.