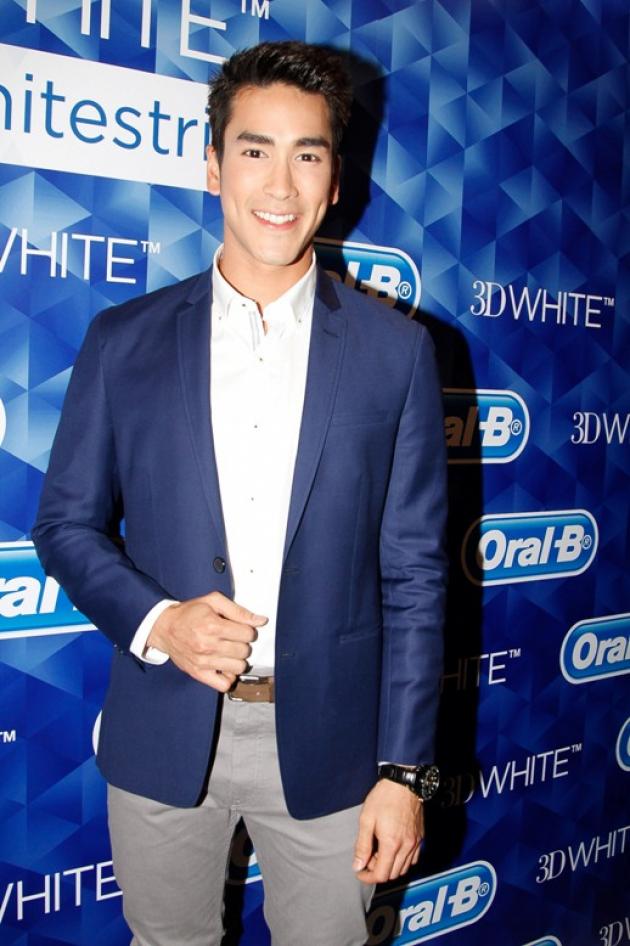 Nadech grows a six-pack - ready for the monkhood

After finishing work on his latest TV drama "Lom Sorn Rak", Nadech Kugimiya took a well-deserved two-month break, and it's obvious he made the most of it. He looks fresh, and has slimmed down - and toned up with an enviable six-pack.

He tells Hamburger magazine that this is the first time in years he’s been so fit, since his hectic work schedule always kept him from exercising and following a proper diet.
Ten kilograms lighter, Nadech says he’s in prime shape for his next role in the upcoming drama “Le Rak Salab Rang”, in which he’ll play a cop who switches to a woman’s body – the woman in this case played by his real-life sweetheart, Urassaya “Yaya” Sperbund.
Nadech aims to be “a real actor”, ready for any phra ek (male protagonist) role. Once assigned a part, he wants to become that character.
We can’t wait to see him cast as someone chubby, but, kidding aside, that’s quite a noble aspiration for a guy who didn’t particularly want to be an actor when he first started appearing on TV. The lad from Khon Kaen landed in Bangkok expecting to be a model. Drafted into the soaps, his primary ambition was to avoid being a burden on co-stars and crew.
Five years later, though, he’s envious of Hollywood actors who undergo startling weight losses and gains for their roles. Robert De Niro in “Raging Bull” and Matthew McConaughey in “Dallas Buyers Club” spring to mind. Not only does diving deep into character improve him as an actor, he reckons, it also makes the work more fun.
Baby steps first, though. Nadech has a part in another upcoming drama, “Tarm Rak Khuen Jai”, which will require him to grow a beard to play a 30-year-old farm worker. Hey, it’s a start.
Aside from hitting the gym, Nadech enjoys clambering up craggy cliffs, and he even entered the Thailand Rock-climbing Championships last month. He didn’t win anything, but still plans to enter again next year if he has the time.
And something else has squeezed its way into his calendar: Nadech has heard the temple bell ringing. So, before he gets started on either of those two TV series early next year, he’ll be wearing a robe for a while at a forest monastery.
If he doesn’t do it now, he says, he might not get another chance. However, there’s another factor prodding him into the monkhood. He’s 25, an age that’s wide open to bad luck, according to widespread belief. So what you have to do when you’re 25 is be very, very careful about your personal safety and be generous to monks on their alms rounds – or become a monk yourself.