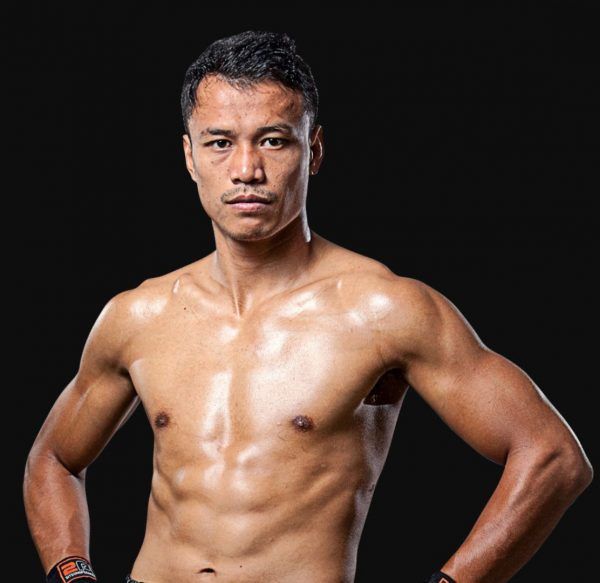 Sitthichai Sitsongpeenong: If I hurt him, Im going to finish him

Fourth-ranked featherweight kickboxer Sitthichai "Killer Kid" Sitsongpeenong is looking to move up in the division and further his quest for a World Title. In his way is a highly regarded veteran looking to break into ONE Super Series with an eye-catching performance.

Sitthichai is scheduled to face #5-ranked featherweight kickboxer, promotional newcomer Tayfun "Turbine" Ozcan at ONE: BATTLEGROUND, which broadcasts live from the Singapore Indoor Stadium in Singapore on Friday, 30 July.

"I think a victory over Tayfun can definitely help me to rank higher in the division. I have one goal, and that's to become a ONE World Champion," Sitthichai said.

Sitthichai was last seen in the Circle against countryman Superbon the previous year. "Killer Kid" dropped a three-round unanimous decision. Despite the loss, however, Sitthichai says he discovered a lot about himself and is now a better fighter because of it.

"I learned a lot from Superbon. He's a great fighter, fast and strong. It really helped me take a look at myself and what I lack. Now I'm a better fighter because of it as my speed has improved and so has my conditioning," Sitthichai said.

"I looked back at my last fight and studied what happened and what I could have missed. I feel like there are a lot of areas where I could improve. On top of that, I need to be stronger, faster, and more explosive. I hadn't fought in a long time, so I wasn't as sharp with my techniques. That affected me a lot in the fight."

ONE: BATTLEGROUND marks ONE Championship's much-anticipated return in the second half of 2021. In the main event, Thai legend Sam-A Gaiyanghadao defends his ONE Strawweight Muay Thai World Title against young phenom Prajanchai PK.Saenchai Muaythaigym.

Sitthichai will be looking to score a spectacular victory against a tough opponent, and he plans on ending matters inside the distance if he gets the chance.

"He's a real kickboxer. He's very sharp and has dangerous punches. He looks very strong too. I think his biggest strength is his boxing. He's dangerous with both hands, so I have to be careful. But I think he's lacking a little on defense, and I'm looking to test his gut and his chin," Sitthichai said.

"He hasn't fought for a while, so that may come into effect. If I hurt him, I'm going to finish him. I will knock him out if the chance comes."

ONE Championship Returns with ONE: BATTLEGROUND on 30 July