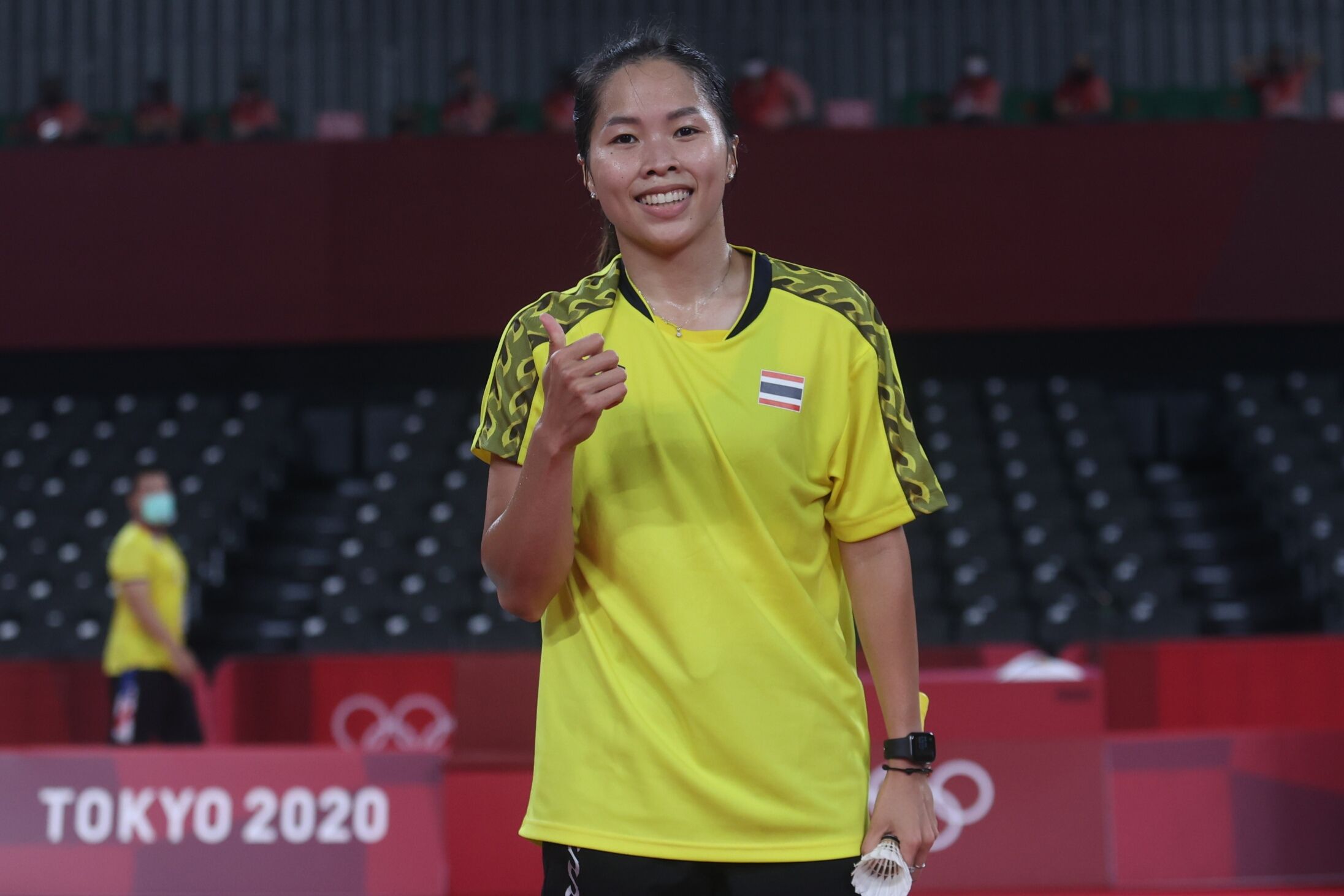 The Thai badminton team had mixed luck at the Olympic Games TOKYO 2020 on Wednesday as Ratchanok Intanon won through to the knock-out stage but mixed doubles hope Dechapol Puavaranukroh and Sapsiree Taerattanachai crashed out of the quarter-finals in disappointing fashion.

However, the journey of medal prospects and world No 2 Dechapol and Sapsiree came to a premature end. After benefiting from a flurry of unforced errors from current All England champions Yuta Watanabe and Arisa Higashino of Japan to take the opening game 21-15, the Thai pair lost their nerve and let their A game desert them to drop the next two games 16-21 14-21 after 67 minutes of battle.

Ratchanok is back in her third successive round of 16 in the Olympics. But she had to shrug off the pressure and dig deep to move past the 35th-ranked Malaysian, whom she had beaten four times in the past.

"I am always in a bit of a challenge to myself when I play in big tournaments. I need to play my best, and I feel pressure too all the time. I had to control myself in every point. I feel happy about winning the match," said the 2012 Olympic quarter-finalist.

On Thursday, both Ratchanok and her compatriot Busanan Ongbamrungphan will test their mettle against tougher opponents in the last 16. The Thai ace has lined up a clash against world No 23 Gregoria Mariska Tunjung of Indonesia, who she will meet for the eighth time after dominating their previous matches with a 7-0 record. Busanan, on the other hand, has an uphill task against world No 8 An Se-young of South Korea, a player who she failed to take a set from in their two previous encounters.

Dechapol and Sapsiree, meanwhile, were downhearted after their loss. They kicked off the season exceptionally with a hat-trick of wins in three World Tour Super 1000 titles in January and came to Tokyo with high hopes of producing a medal for Thailand. That dream was shattered to pieces against old foes in the quarter-finals.

"We started well but they broke our momentum," said Sapsiree, who along with her partner lost to the Japanese duo 18-21 18-21 in the 2019 Malaysian Masters final. "We haven't played them in two years and since then they have improved an amazing amount. It's a shame we didn't move on but we will try to come back in the next Olympics."

Dechapol said: "We made way so many mistakes and were on the defence too much. We will return home to improve our game and hope to return stronger next time."

So far, Thailand's best performance in Olympic badminton was a semi-final and fourth-place finish by men's singles player Boonsak Polsana at the 2004 Games in Athens.