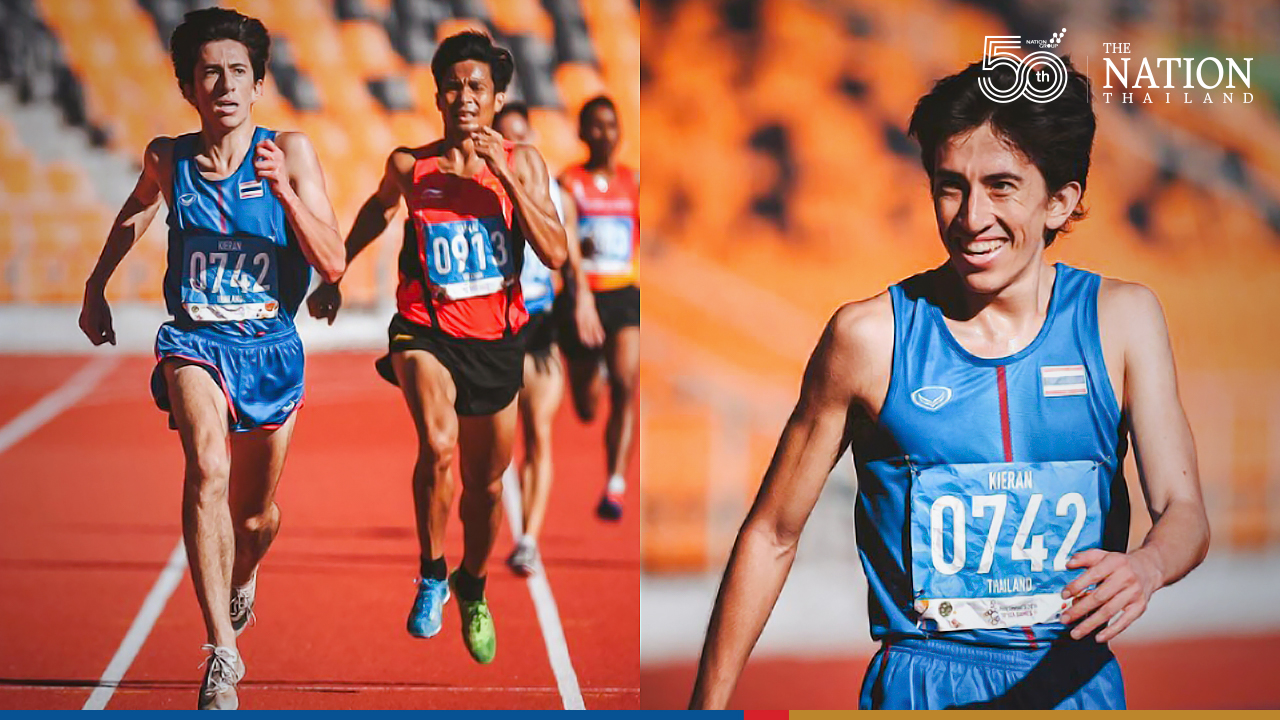 The Tokyo Olympics is once again grabbing Thais’ attention, as the Kingdom’s athletes launch their medal bids over the next few days. Among them is Harvard-educated Kieran, the first runner from Thailand to compete in an Olympic 10,000 metres final.

The 10,000 metres captivated athletics fans at the Beijing Games in 2008 when Ethiopian runner Kenenisa Bekele grabbed the gold with an Olympic record of 27.01.17 minutes.

Great Britain’s Mo Farah then cemented his place in history at the 2012 and 2016 Olympics, when the Somalia-born runner won successive 10,000-metre finals.

This year, Joshua Cheptegei from Uganda is favourite for the gold medal, as he holds the world record with a time of 26.11.00.

Others in the hunt for a medal today include Ethiopia’s Yomif Kejelcha, Kenya’s Rhonex Kipruto, and Jacob Kiplimo from Uganda, all of whom have run under 27 minutes.

Kieran qualified for the Tokyo Olympics with a time of 27.17.14.

This won’t be his first high-pressure international race, though.

Thai sports fans will be tuning in this evening to see if he can make a historic breakthrough for Thailand in distance running.