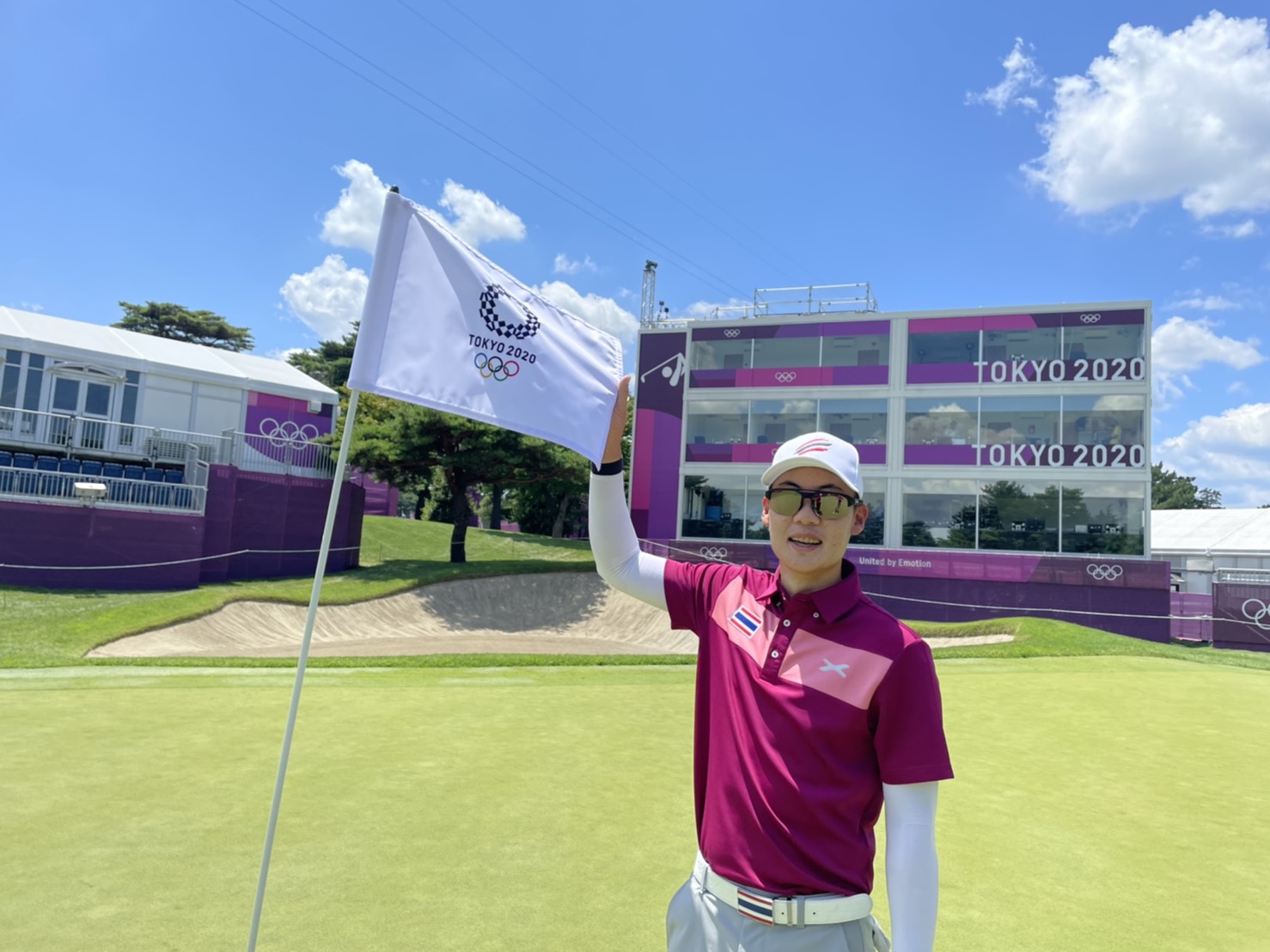 Thai golfers Jazz and Gunn hit high notes but miss out on medals.

World No 150 Jazz carded a finishing 68 for a combined nine-under-par 275 at the par-71 7,447-yard layout. He finished nine strokes behind gold medalist Xander Schauffele of the US.

"I am literally just happy to be here," said Jazz, who started brilliantly with an opening-round 64 to lie second but was unable to maintain that form and followed up with a 71 and 72.

"The result over the last three days was not the result I was looking for, but I am happy to be here, and I will take away the good things," added the six-time Asian Tour winner and former world No 38.

"It was weird: in a normal tournament you grind out a result, but this week was a different grind. But I didn't get super angry. I actually enjoyed it when I realised I didn't have a chance [to win a medal]," added the 26-year-old.

World No 281 Gunn saved his best for last, carding his week's lowest of 67 for a final score of four-under 280. The All Japan Tour member was hampered by an injured left thumb that contributed to his even-par scores of 71 in the first three rounds.

"I was just trying to complete four rounds without aggravating my injury. I should have taken advantage of my familiarity with the weather conditions and course here. I wish I had scored lower," said the 29-year-old, who will now return to the Japan Tour.

The three-time All Thailand Golf Tour winner may have missed a podium spot but his once-in-a-lifetime experience in Tokyo this week will always linger in his heart.

"It's always been my dream to play in the Olympics. It's never easy to get to this point as you have to compete in a lot of tournaments to gain enough ranking points [to qualify]. I kept my fingers crossed until the last minute that I would earn a spot," said the golfer from Phang Nga province.

However, Thai fans can still pin their hopes on two superstars of women's golf. Patty Tavatanakit and Ariya Jutanugarn launch their campaigns in the Olympic golf singles competition at this course on Wednesday.