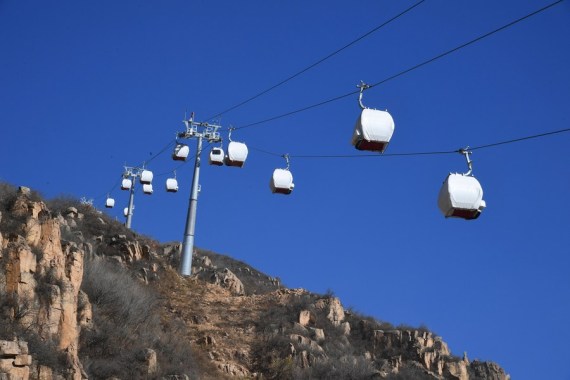 The cableway linking Yanqing Olympic Village of Beijing 2022 and various areas of the National Alpine Skiing Center is now fully connected and capable of operation, according to manufacturers Beijing Enterprises Group.

The cableway system features advanced technology, fast operation speed and can carry a large volume of traffic. The maximum running speed of A1 and A2 cableways, and B1 and B2 cableways reaches six meters per second, and can carry 3,200 passengers per hour. The spreader is equipped with seat heating function, positioning system and wireless broadcast media device.

During the Beijing Olympic Winter Games, as one of the two competition venues in Yanqing zone, the center will hold the downhill, super-G and giant slalom events. Seven snow tracks are scheduled to be built, according to the mountain situation. The starting area of the peak is located at the top of Xiaohaituo mountain, the second highest peak in Beijing, with an altitude of 2,198 meters.