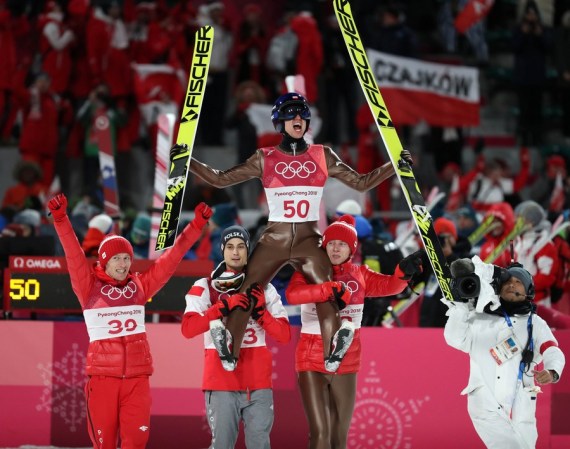 Polands ski jumping team decides not to go to China for the FIS Continental Cup, also a Beijing 2022 Olympic Winter Games test event, as Poland will host the FIS World Cup contests at the same time.

Polish Ski Association informed on Monday that the ski jumping team won't participate in December's FIS Continental Cup in Zhangjiakou, China, as they will compete in a simultaneous competition FIS World Cup in Wisla, Poland.

The Poles are seen as one of the favorites to stand on the podium at the Winter Olympics. Olympic champion Kamil Stoch and his teammates haven't jumped on the Olympic hills yet as it was impossible to test the object due to the pandemic.

For Poland there is a chance to visit the hills in Zhangjiakou on December 4-5 when the FIS Continental Cup takes place. However, the association decided not to go to China as Poland will host the FIS World Cup contests at the same time.

"We considered flying to China and we analyzed all the pros and cons. However, it's logistically complicated for us as we would need a charter from Frankfurt, Germany. Acclimatization in China won't be a problem as every member of the team knows how to prepare for the competition," Jan Winkiel, general secretary of the Polish Ski Association, explained in an interview for local TV on Monday.

"In December there will be completely different temperatures, humidity, winds and so on (compared to February). It's a challenge for us to compete on the hill which we didn't test, but the other teams are in a similar situation," Winkiel concluded.