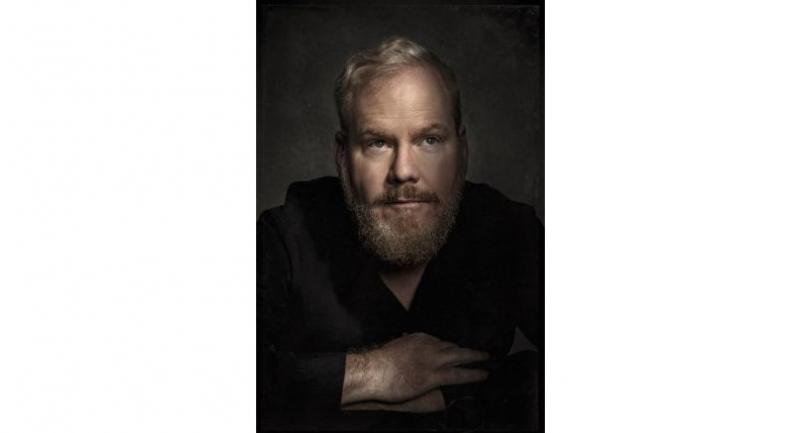 A popular American standup comedian, actor, writer, and producer, Jim Gaffigan has been wowing Netflix viewers in recent years with his take on fatherhood, observations, laziness and food. His successful comedy specials, among them “Mr. Universe”, “Obsessed”, and “Cinco” have all received Grammy nominations.

Fans of these and his current Netflix performance film “Noble Ape” can now see him live in the City of Angels, with his debut show taking place at Scala Theatre in Bangkok on March 22.

Before catching the plane, he answered a few of our questions. How do you feel being able to perform here and meet your fans in Thailand?

I am super excited to perform in Thailand. I’ll have my children with me and I plan to leave them in Thailand.

What can we expect from your Quality Time show?

It’s all new material different from “Noble Ape” and my other specials that are streaming on Netflix. I’m really excited to share this new material.

Are there any things about Thailand that you would like to talk about in the show? How do you prepare for each show?

I would say I will be doing some research on Thailand, but having done numerous international shows I find the best material is first-hand knowledge from being in the country. I think it’s important to do research and acknowledge the cultural differences and from there that is where gems of material come from.

Fortunately I don’t really have to tailor my material. That being said, there will be material that will be unique to Thailand and my experience there. I had material in my last show about how taking a cab is very different from talking a cab anywhere else in the world.

I think the most important element is persistence, and that persistence is associated with performing and writing. There is a relative amount of insanity you need to embrace, and there is a long period when you won’t get the results you desire but you need to keep going.

You’re described on Wikipedia as a “clean” comic. I can see how that limitation adds to increased creativity in any kind of performer. So, were you at some early point more into profanity, and had to give it up, or do you think you’re better off without it?

It is my belief that comedians do the type of comedy they are going to do anyway. And they get credit or criticism for it. I do comedy that I think is funny. Some of my favourite comedians are dirty. I think some if it is my family culture and where I grew up has made my comedy not centred on shock or filthy language.

What do you try to achieve with your comedy?

In the end, it has to be funny. That is the only objective I am looking for. Funny. People may describe my comedy as clean but no one is going to see a comedian because he doesn’t curse. They are going to see him because he is funny.

You’re a man of many talents  writing, standup, acting, voice over work. Which medium do you prefer and why?

I like to think that I am the best at eating. That is my forte, consuming food, preferably great tasting food.

You’ve played Madison Square Garden before. Does it make a difference to you the size of venue you play? And which do you prefer – large scale venues or more intimate locations?

Performing at Madison Square Garden was an amazing experience but the more intimate the setting typically, the more fun the show. That being said, larger venues have become more and more intimate with technological advancement with audio and screens in the venues.

Keeping up with Gaffigan