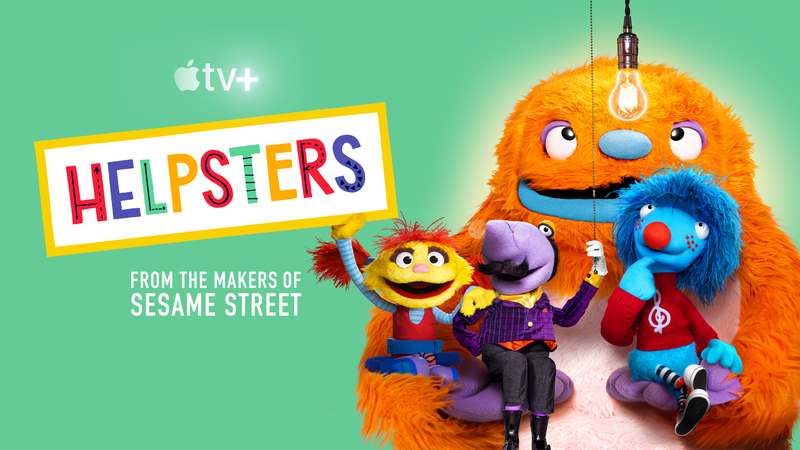 Apple today unveiled trailers for “Helpsters”, “Snoopy in Space” and “Ghostwriter”, three of its highly anticipated slate of children’s series developed from Peanuts and Sesame Workshop for Apple TV+.

Apple's original content for children is thoughtfully curated to ignite creativity and spark curiosity. Launching on November 1,  Apple TV+ will be available on the Apple TV app on iPhone, iPad, Apple TV, iPod touch, Mac and other platforms, including online at tv.apple.com, for just $4.99 per month with a seven-day free trial.

“Helpsters is a new live-action pre-school series from the makers of Sesame Street. Cody and the Helpsters are a team of vibrant monsters who love to solve problems. Whether it's planning a party, climbing a mountain, or mastering a magic trick, the Helpsters can figure anything out – because everything starts with a plan.”

Blast off with Snoopy in a series of 12 animated shorts featuring Charlie Brown and the beloved Peanuts gang.  Snoopy fulfills his dreams and embarks on his next big adventure – becoming a NASA astronaut. Joined by Charlie Brown and the rest of the Peanuts gang, Snoopy takes command of the International Space Station and explores the moon and beyond. The series hails from an exclusive partnershipbetween Apple and Wildbrain (Peanuts Worldwide).

In this re-imagining of Sesame Workshops' beloved 1992 series, a ghost haunts a neighborhood bookstore and starts releasing fictional characters into the real world, pushing four kids into must teaming up to solve an exciting mystery surrounding the ghost's  unfinished business.  Each episode story arc is grouped around literature, featuring classics and new works commissioned from popular authors like DJ Machale and Kwame Alexander.