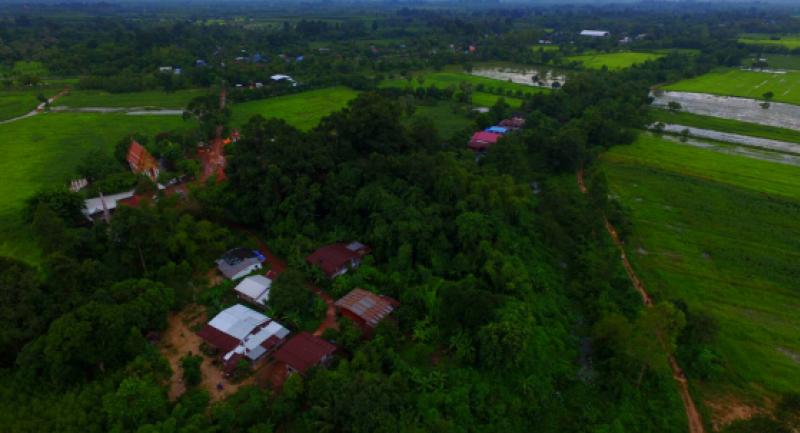 ACADEMICS HAVE urged the authorities to admit that people can live in forests while adjusting methods to prove land rights to include evidence from the field and from local residents to resolve land and forest management conflicts.

A public conference hosted yesterday by Konrad Adenauer Stiftung and the EnLAW THAI Foundation on the controversial Cabinet resolution of June 20, 1998, and discussed research findings from Chiang Mai University on the issue.

The research concluded that the 1998 Cabinet resolution, which has been used to determine the land rights of people living in forests, had caused many problems between people and the authorities.

The head of the Legal Study and Development Centre at Chiang Mai University’s Faculty of Law, Somchai Preechasilapkul, said the resolution encouraged conflicts and suggested the government revert to previous Cabinet resolutions to determine land rights. Authorities should change their attitude and accept that people living in forest areas were not the cause of deforestation, he added.

“My research found that land-rights identification using only aerial photographs and satellite images was not fair enough to prove the rights of people in the forests,” Somchai said.

He said communities had the right to manage forests, which was not given importance by the 1998 resolution.

He said the resolution’s guidelines did not include community participation in managing forests, while the use of aerial photographs to prove land rights had created huge barriers for local residents to participate in the process.

“The aerial photographs cannot determine the mix of traditional farms of aboriginal people, so the ethnic groups are the most affected people by the forest reclamation policy, based on using this Cabinet resolution to prove land rights,” he said.

Somchai suggested an alternative method to collect data from relevant areas and information from local residents to prove land rights, as the former Cabinet resolution of April 1997 stipulated.

He said authorities often had a negative attitude towards people living in forests, which are consistently blamed for deforestation, adding that actually government policies over several decades regarding logging concessions were the major problem.

“This Cabinet resolution was forged by the idea that people should not live in the forests and I insist that authorities have to change this idea in order to solve conflicts on land and forest management sustainably,” he said.

However, Land and Forest Management Bureau director Teerayut Somton said the Cabinet resolution was the current tool to solve conflicts by identifying the people who lived in forestlands before the establishment of national preserved forests and approving their rights to live on the land.

“We have to admit that the Royal Forest Department has a duty to protect the forests and there are some groups of people in the forests that cause deforestation,” Teerayut said.

“Newcomers who enter the forests to open up new land will have to be relocated out of the forests to let the original people continue to live there. We also allow them to farm specific areas, so the forest can be preserved.”

He said the 1998 Cabinet resolution specified the use of the aerial photographs to compile evidence about when people occupied areas of land.

“We do not have a policy to get everyone out of the forests, but we have to make sure that those who live there are not newcomers,” he said. Kanya Pankitti, a representative of people affected by forest reclamations in Trang’s Rassada district, said people wanted an assurance from the government that they would not be forced to relocate while the land-rights identification process was still in dispute.

“Local authorities said they would forcibly relocate us within 30 days because they said we live in the forest illegally, but in reality people in my community have lived there for generations and the proof can be seen in the many fruit trees and rubber trees that are more than 100 years old," Kanya said.

“It is clear that the Cabinet resolution of June 30, 1998, is not for us and we need a proper identification method to let us live on our land peacefully.”