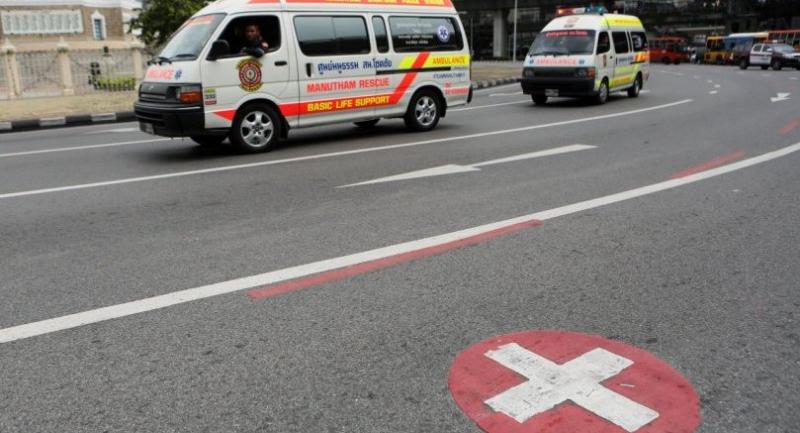 MORE THAN 20 per cent of patients needing emergency treatment have died on their way to hospital because of delays due to traffic jams and uncooperative motorists, National Institute of Emergency Medicine (NIEM) secretary-general Anucha Setthasathian said.

Anucha revealed the startling statistic yesterday after a video clip went viral showing a pickup obstructing an ambulance on an emergency call. The incident reportedly took place in Chiang Mai on Sunday.

Anucha said: “Many people suspect that ambulances that rush around may not really carry a patient in need of urgent medical treatment. But the truth is, even if there is no patient on board, an ambulance that turns on its sirens is definitely heading to pick up a patient.”

He said that split seconds counted on life-saving missions “so if you are behind the wheel and an ambulance [comes up behind you], you should give way to it”.

He asked motorists not to panic when they hear sirens but concentrate their attention on driving and check their rear view mirror to determine the distance of the ambulance from their vehicle.

“After you know the distance, drive towards the left lane if it’s safe so that the ambulance can speed on,” he said.

In congested roads, he said motorists should keep their vehicles stationary and let the ambulance driver find the best option to move forward.

However, he said: “When the ambulance overtakes your vehicle, don’t try to rush after it.”