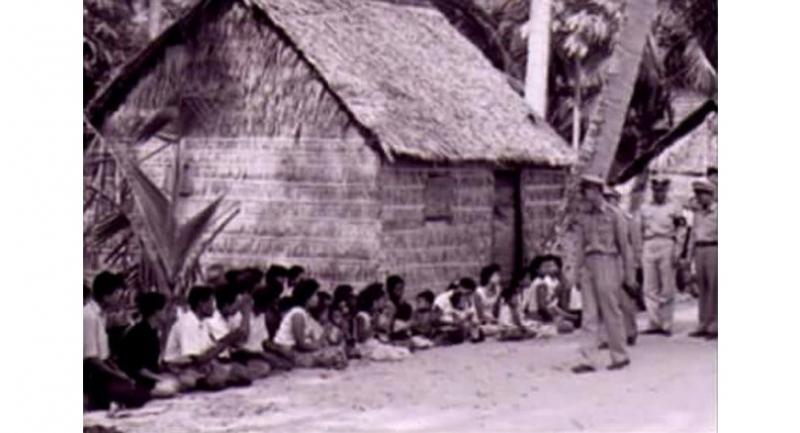 PHOTOS of the late King Bhumibol Adulyadej (Rama IX) in front of coconut trees during a 1959 visit to sea gypsies in Phuket were part of key evidence that led to the acquittal yesterday of four long-time residents accused of land encroachment.

“The court has examined several pieces of evidence including the pictures of the late monarch, which took place in 1959. Included in the pictures are coconut trees, which the plaintiffs claim are just 10 years old,” Nirun said.

Experts have also confirmed that the coconut trees must be at least three decades old. The pictures also showed local residents gathering to welcome the late monarch.

About 100 sea-gypsy residents gathered at the court yesterday to show their support for the defendants, who have insisted that they have lived on the disputed plot of land for several generations. Many cried tears of joy when they heard the verdict.

“I am glad that the court has recognised the history and culture of sea gypsies,” Nirun said.

He said on December 13 last year, the court had also acquitted two defendants in another land-encroachment case based on convincing evidence that their families had lived on the disputed land before land-rights documents were issued for the Mukdee family.

The Mukdee family has land-rights documents, which were issued for 12-rai (1.9-hectare) plots of land in Phuket’s Rawai area in 1955.

The family has sued 117 sea-gypsy residents for allegedly encroaching on the land and asked the court to issue an eviction order.

The court has previously ruled on several such cases with some defendants having been told to vacate and six defendants acquitted to date. Many other cases are pending.

Somsri Damrongkaset, 60, said defendants who had lost their cases were long-time residents but they did not know how to prepare evidence to defend themselves.

Nirun said he defended his case with the help of the Department of Special Investigation (DSI).

“The DSI has helped with evidence preparation free of charge,” he said.

The DSI presented aerial pictures, results of DNA tests that showed links between bones buried on the disputed plot and current sea-gypsy residents, old pictures and a student registry.

The first student registry book of the Wat Sawang Arom School was made in 1954, before the issuance of land-rights documents for the Mukdee family.