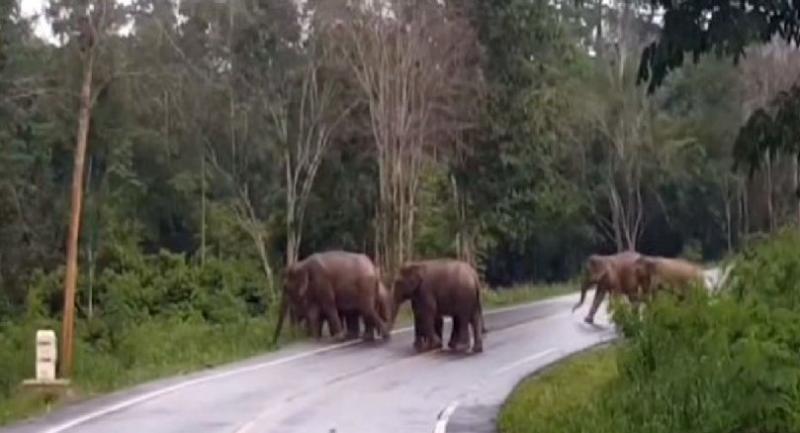 If the elephants walked towards them, they should make a U-turn to get away and alert the park officials at Hub Tao Unit, he advised.

The move came after two encounters between motorists and wild elephants on the road this week.

In Pa Deng, local farmers heading home in a pickup truck after selling farm produce in Bangkok had a pre-dawn encounter with a wild elephant that suddenly appeared in the road in front of them, forcing the driver to swerve to avoid hitting it. This caused the vehicle to overturn into a roadside ditch, injuring two people.

Another 20-minute encounter took place at a spot two kilometres from Pa La Oo village, when around 20 cars had to halt as a herd of wild elephants suddenly started to cross the road.

As at least two elephants walked towards the vehicles, the cars quietly reversed and turned to get away.

However, one Nissan pickup couldn't reverse fast enough and was rammed at the front by the elephant before the driver managed to make his escape.