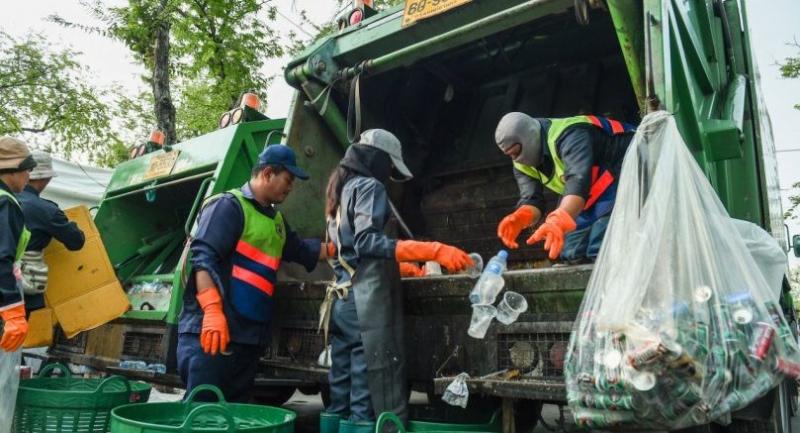 The Bangkok Metropolitan Administration (BMA) is able to dispose of just two tonnes of the 30 tonnes of hazardous waste that residents discard on a daily basis, so it’s seeking the public’s cooperation.

The items include electronic equipment, batteries and fluorescent-light tubes.

Pollution Control Department chief Jatuporn Burutpat acknowledged after a City Hall meeting on Thursday regarding a joint public-private effort to deal with hazardous waste that the BMA was responsible for collecting and properly disposing of the material.

He said the city couldn’t handle the huge amount of waste being discarded in such a disorderly fashion, so his department and the BMA were urging residents to dump their cast-offs at designated locations.

Randomly discarding it could harm the environment, Jatuporn said.

He said the authorities would seek the private sector’s help in designating drop-off locations at schools, condominiums, housing estates and prominent business establishments.

City clerk Kriengpol Pattanarat said the hazardous garbage – old electronics, batteries, light bulbs and tubes and the like – contained heavy metals such as lead, cadmium and mercury that require secure disposal to avoid contaminating the environment and affecting people’s health.

He said the city collects about 10,000 tonnes of garbage a day, two tonnes of which constituted hazardous waste, whereas residents generate an estimated 30 tonnes of hazardous garbage per day.

Designated disposal locations for hazardous materials were thus essential, Kriengpol said. The city had hired a private firm, licensed by the Pollution Control Department, to dispose of the collected material at a rate of Bt11,000 per tonne, he said.