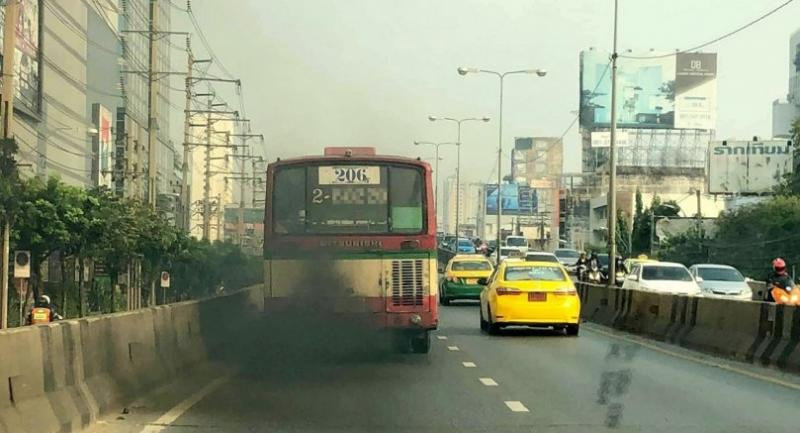 To help curb fine-particle dust pollution in Bangkok, traffic police have increased the number of checkpoints where they will check vehicles spewing black exhaust smoke.

The number of checkpoints was increased on Tuesday to 20 from the previous 12, leading to 1,000 vehicles being cited and fined, traffic police commander Pol Maj-General Jirasan Kaewsang-ek said on Wednesday.

Jirasan said diesel-engine vehicles were the main culprits, along with too-old engines, and they together made a large contribution to the 60 per cent of the polluting PM2.5 particulates that were attributed to vehicle engines.

Police are putting an emphasis on removing the exhaust-spewing vehicles from the most pollution-prone areas such as Bung Kum and Chatuchak districts.

As there was insufficient manpower to staff the checkpoints, police would ask that some officials from the Pollution Control Department be assigned to aid them during this period, Jirasan said.

In future, police may impound the vehicles or suspend the vehicle’s use as a more severe punishment, he added.