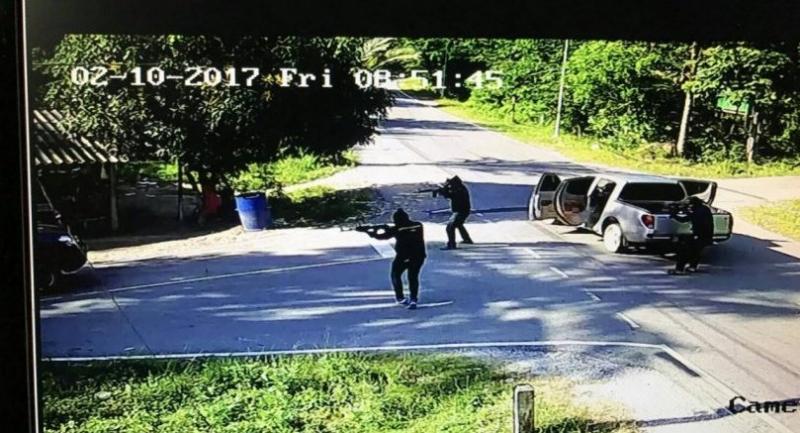 Sama-ae, who was also former kamnan of the tambon, was driving his pick-up to work when attackers in another truck opened fire at him at an intersection in Ban Pato at 9am. He died at the scene.

The assailants, who covered their faces with cloths and hats, sprayed bullets at Sama-ae’s truck. Police collected almost 100 spent AK-17 and M16 bullets from the scene.

Police suspected the motive could be a personal conflict or ongoing unrest in the region.