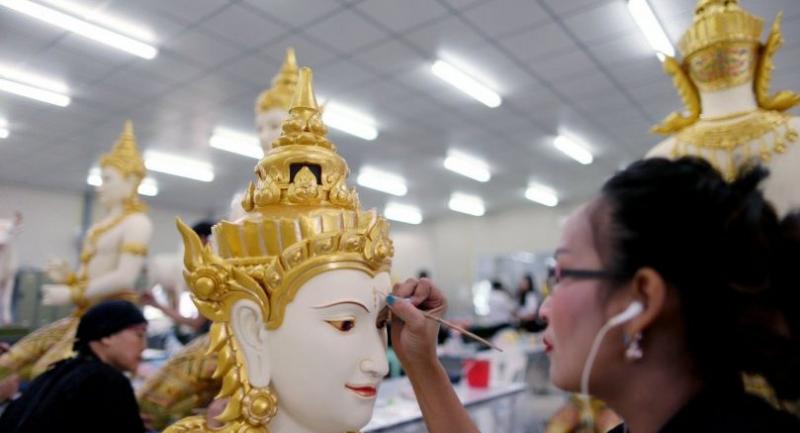 Construction of His Majesty the late King Bhumibol Adulyadej’s Royal funeral pyre and its surrounding pavilions is 52 per cent complete, the Fine Arts Department's Office of Traditional Arts said on Thursday.

Work has been completed on the funeral pyre’s framework on all nine Bussabok four-post thrones, as well as the flooring and stairways, officials told the media during a tour.

Officials were in the process of installing surface and architectural elements on the first (Than Singha), second (Ratchawat ritual fence), and third (Than Thevada) platforms. The department said officials were installing the roof above the Phra Thinang Songtham, the main ceremonial pavilion, and applying interior decorations on both wings of the pavilion.

The Look Khun 1 and 2 pavilions’ construction was about 50 per cent installed and the Look Khun 3 pavilion’s structure had been erected.

As for the animal statues, officials have completed sculpting the two north-facing elephants, painting the west-facing horses and the south-facing cows.