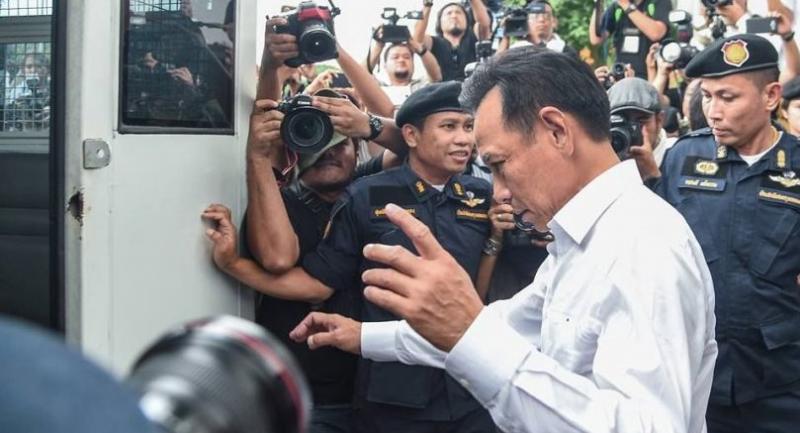 The Supreme Court on Friday sentenced former Commerce Minister Boonsong Teriyapirom to 42 years in jail after finding him guilty in G-to-G rice deal on the rice-pledging scheme.

The bogus contracts were related to the previous Yingluck government’s rice-pledging scheme. The high court said in a statement that a total of 20 persons, including Boonsong and Phumi, were found guilty, causing multibillion baht damages to the state.

According to the high court, both exministers violated several sections of the Criminal Code and abused their authority while implementing the GtoG deals which turned out to be fake with no rice exported to China as announced.

Instead of exporting the rice to China, the first deal led to the sale of 2.19 million tonnes of governmentowned rice at a relatively low price of Bt10,000 to domestic traders which benefited from the lack of competitive bidding, resulting in an estimated Bt9.7billion financial damage.

In the second deal, another 2 million tonnes of rice was also sold domestically at a relatively low price to Thai traders, not exported to China as announced, resulting in an estimated Bt1.29billion financial damage to the state.

After the verdict was read, Boonsong, Poom and other 19 defendants were escorted to Bangkok Special Prison.

Looking stressed, Boonsong went up to the prison van without speaking to reporters.

Prior to hearing the verdict, Boonsong said that he had prepared money for bail as well as planned to appeal to the ruling. “I’ve done my best to fight in the case,” he said.

The escort was proceeded with strict security by the police, with supporters of Pheu Thai Party waiting for the verdict in front of the court. However, there was no stir from the crowd, who only booed when the prison van drove by.

There were thousands of supporters mainly coming to provide moral support to ex-PM Yingluck Shinawatra but were lessened after it was clear that Yingluck would not show up at the court.